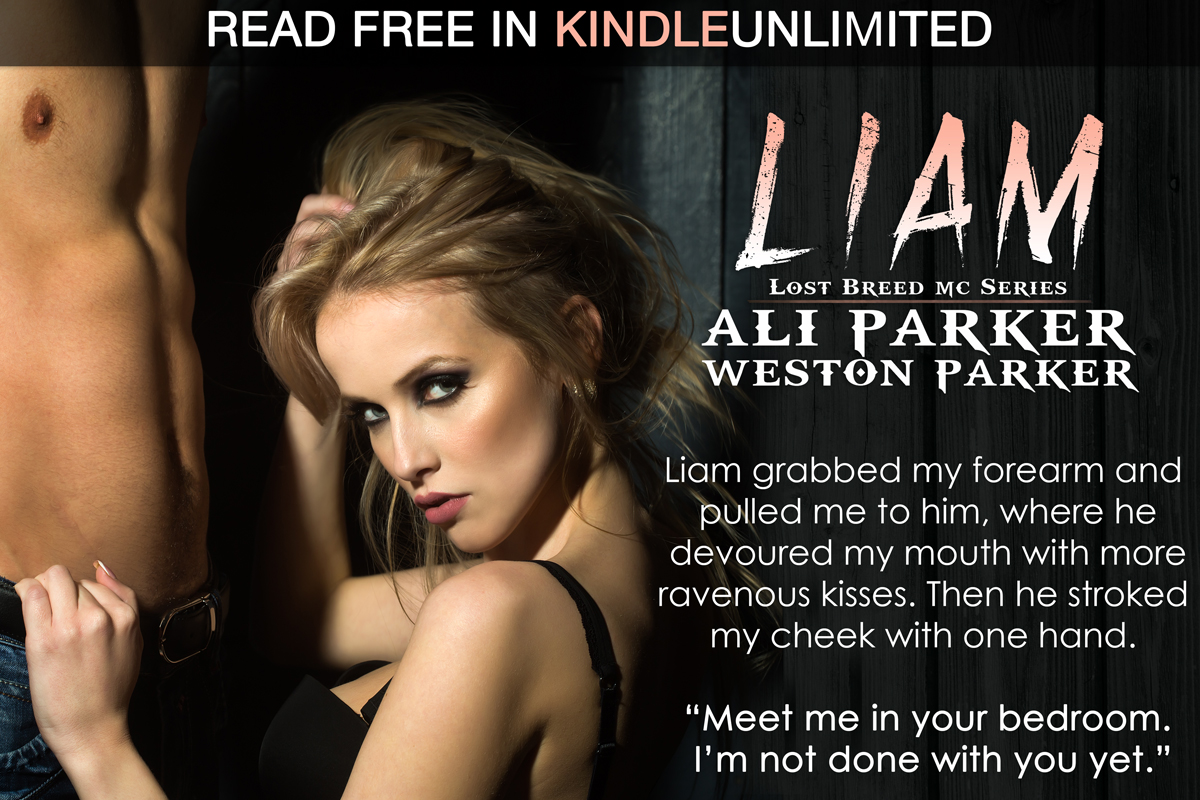 Owen flinched as a shrieking toddler blew past us in Axel’s living room. The beer in his red solo cup sloshed dangerously close to the edge, threatening to spill over onto the hardwood floors.

“Watch it,” I warned, shooting a cautious glance around the jam-packed house in search of Axel’s other half. “Ellie will have your head if she catches you spilling on her new floors.”

Owen grumbled and resumed his position of leaning casually against the arm of the sofa. “Ugh. Kids. Must they all have started popping them out? Insufferable little—”

“Watch it,” I cautioned again as Dani passed us, with her and Ryder’s little one passed out against her shoulder.

Dani smiled at us as she passed. “Gentlemen, need anything from the kitchen after I put Jason to sleep?”

Owen shook his head, holding up his nearly full beer. “All good here. Thanks though, Dani.”

Dani looked at my drink-free hands and arched an eyebrow. “Not partaking in the celebrations this evening, Liam?”

“I’m sure Axel wouldn’t mind if you crashed on the sofa.”

I grimaced. “Nah, I’m good. I’d wake up with Hanna’s finger up my nose or some shit.”

Dani threw her head back and laughed, then remembered she had a sleeping eight-month-old cradled against her chest. She fell quiet and scowled at me. “Don’t make me laugh. Jason’s been in a terrible sleeping pattern. Awake at five in the morning every day and waking up every hour. It’s exhausting. Between all the wakeup calls, and the diapers, and the formula, and the pumping, and—”

“I get it, Dani,” I said, trying to sound compassionate but firm.

Owen was right. These kids were taking over every aspect of our lives.

It was hard to feel like a badass biker when I was constantly surrounded by dirty diapers and soggy animal crackers.

I couldn’t count how many times one of their well-intentioned children tricked me into eating a deceivingly mushy snack.

I could hurl just thinking about it.

Dani gave me an understanding nod as she tucked a loose strand of brown hair behind her ear. “Sorry. Sometimes, I forget who I’m talking to.”

Owen chuckled beside me. “You mean, you forget we’re not all parents yet?”

“Keyword is yet.” Dani winked.

Owen waved her off. “Get out of here with that talk. There are no babies in my future.”

“And Evangeline is on the same page?” Dani cocked her head to the side.

I knuckled Owen’s shoulder. “Yeah, come on, man. We both know you’re not the decision maker anymore. Owen the Great is no longer the captain of his ship, am I right?”

Owen rolled his eyes and tilted his head back to polish off the half a beer in his red solo cup. “Laugh all you want, fuckers. I do what I want, when I want. So does my Angel.”

“And when she decides she wants babies?” Dani asked, while absently rubbing Jason’s back. Her little man was dressed in a striped onesie, which, knowing her, likely said something offensive but hilarious on the front. Something along the lines of, I’m cute enough to shit myself and get away with it, or I love boobs.

Owen sighed. “You just want to hear me say it.”

Owen looked back and forth between Dani and me. “If she wants babies, then fucking hell, we’ll have babies.”

“See?” I asked, waggling my eyebrows at Dani. “Evangeline is the captain of that ship now.”

“Fuck off, pipsqueak.” Owen pushed at my chest, sending me back a step.

Baby Jason nuzzled himself in closer to the groove of Dani’s shoulder. She excused herself quietly and slipped away to put him down in one of the cribs in the kids’ rooms, leaving Owen and me to wander into the kitchen together so he could get another beer.

The place was pretty packed for Hanna’s birthday. She was turning five. I hadn’t been around for her very early days, but I found Axel’s daughter to be quite the charmer—and the troublemaker. She was constantly getting in over her head and taking risks. She was going to be an adrenaline seeker through and through.

Every time I warned Axel about it, he’d tell me to sit down and shut up. He had enough to worry about without obsessing over thoughts of her wanting a motorcycle or a really fast car one day. He was lucky he and Ellie had come together when they did and his little girl took to his woman like white on rice. Ellie was the apple of Hanna’s eye—and Axel’s.

I never left it alone, of course. Watching him squirm about how much harder it was going to get as his children grew up was too much fun.

While Owen helped himself to another beer out of the cooler on the kitchen island, I topped off a red solo cup with water from the dispenser in the fridge. Then I turned to stand shoulder to shoulder with him while we surveyed the child-infested house.

“When the hell did this happen?” Owen asked out of the corner of his mouth.

“Beats me. Shit is changing too fast around here.”

“You can say that again.”

“Shit is changing too fast around here.”

Owen put his beer down and eyed me menacingly. “You’re a smartass, you know that?”

The man who was like a big brother to me chuckled and shook his head. “Change is a good thing, right? At least, that’s what Evangeline keeps telling me. Still, I’m no good at it. Especially when it comes to family.”

I sighed. “I know where you’re coming from. It feels like the change of a season.”

“I didn’t mean literally,” I retorted.

“All I meant was it feels like change is in the air. Like this is the end of something that lasted a lot longer than just a season, you know?”

Owen stared at me blankly and then shook his head.

How could I explain this to him without sounding like I was trying to be a philosophical poet? He’d just poke fun at me for weeks if I gave him more ammo than he already had, and I was in no mood for that kind of torture.

Regardless, my words were true.

Everything felt like it was coming to a neat close. All the other members in the Lost Breed MC were finding their soulmates and settling down—and creating offsprings. I was too young for that level of responsibility, if not in numbers but by sheer lack of maturity, and it blew my mind that I was already like an uncle to some of these little ones.

It wasn’t a problem—kids were my jam—but I didn’t think they’d be part of the picture for years. I thought we still had time.

Time to be rebels without a cause. Time to fuck around, shoot the shit, and ride our bikes without having to worry about being home in time to tuck the kids in, help with dinner, or whatever other responsibilities constantly seemed to spring up at the most inopportune times.

Maybe I only felt that way because I was the only one still riding solo.

All the other guys had their women. Half of them had their families, too. They were settling into a new life with new routines while I was still half-cocked, trying to get my jollies ripping around the city on my bike, looking for trouble.

Just because they’d slowed down didn’t mean I had to.

At least, I hoped it didn’t.

At this rate, it seemed like I wasn’t going to have much of a choice. The fast lane was getting more and more narrow with every passing month, and soon, there wouldn’t be enough room for me to stay in it. I’d have to make a move. A change.

Owen leaned back against the kitchen counter and crossed one ankle over the other. His dark gaze slid around the living and dining room and out onto the outdoor patio, where a cool autumn breeze blew in, carrying with it the laughter of the kids racing around in the yard.

I swallowed. “Yeah. I can practically taste it. I miss going to bars. And shooting pool. And—”

I blinked at him. “Well, I mean a good brawl here and there keeps the spark alive, but I don’t miss it quite that much, you horndog.”

“What?” Owen asked innocently. “Can’t a guy miss the old ways that used to get him off?”

“It’s a good thing Evangeline came along. Otherwise, I’d have to—”

“Stop,” I said, shaking my head in distaste. “I don’t want to know where that train of thought ends.”

“I’m good,” I said, holding my hands up as I retreated from Owen, who watched me go with a snarky grin on his face. He opened his mouth to speak, but I slipped between the shoulders of Sabian and his girl, Angela, both of whom turned to look over their shoulders at Owen.

Angela giggled and shook her head before sipping a fruity cocktail. “Boys, we’re at a children’s party. Can’t you behave just for a few more hours? Then it’ll be adult hour.”

That was the kind of shit that was getting to me. A couple of years ago, I still had enough baby fat in my cheeks to earn me a spot at the kids’ table, but now at twenty-four, I was suddenly being migrated to adult hour. Once the kids were in bed, we’d all catch up and have more mature conversations.

But I didn’t want that shit.

I wanted every hour to be adult hour. I didn’t want to watch my mouth and worry about what I said and when. I wasn’t the most vulgar of the group by any means, but things had shifted so drastically that I could hardly find my footing.

I knew what the answer was.

I knew what was missing.

All my brothers had their women who kept them grounded and who made them complete. They didn’t have something to prove like I did. They weren’t caught up in the fast bikes and cars anymore. They were caught up in love.

And yet I wanted it too. I wanted that solace of having someone who would always have my back. Who’d stand their ground by my side through the darkest days and fight fiercely for me.

Sure, my brothers were that, but they couldn’t fulfill every part of me.

I shuddered at the thought and scanned the room. The women rested their heads on the shoulders of their partners and watched the children play. The Lost Breed men were all at ease here in Axel’s house. Our darkest days were far behind us.

Ever since Isaac Reed went into the ground, everything had slowed down. I’d come from a faster pace in Chicago with Rhys, Owen, and Aiden, and this slow regression into a comfortable lifestyle had me feeling displaced. But a woman would fix that. I knew it in my bones.

Besides, it would be nice to have someone warm to share a bed with. Someone who could chase my worries away with pretty lips and—

I looked up, spotting Ellie standing in the kitchen. She waved me over. “Help me light the candles and bring out the cake, will you?”

I groaned and hung my head as I made my way back into the kitchen.

Yeah, things sure had changed. I was lighting birthday candles instead of pavement.

I needed to get my mojo back.