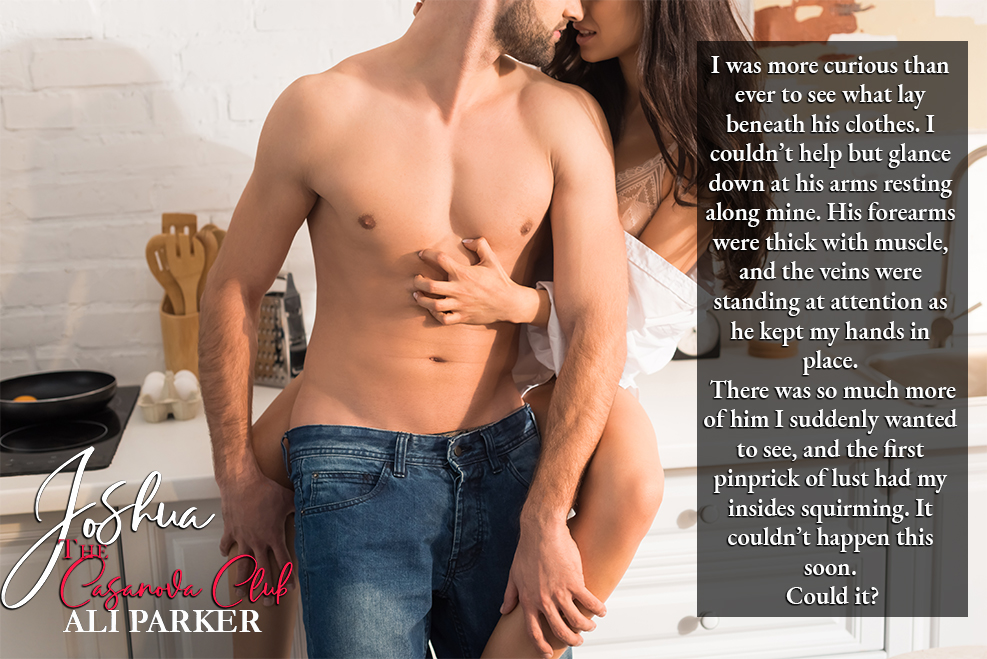 I looked up at my father. He had his back to me where I sat on the burgundy leather sofa in the living room. I could see the end of his tobacco pipe jutting out to the side as he took a draw. Then with a slow exhale, a little plume of smoke rose up between him and the glass window. The greenbelt behind the property was heavy with snow that pulled the branches of the trees down to the earth.

My father continued to stare out at the winter wonderland behind his and my mother’s home. I’d grown up here. I had memories of being a young boy sitting under the twelve-foot Christmas tree that stood nestled between the brick fireplace and the winding stairs that led up to the second level of the house.

Some might have called it a mansion. The old logwood house was nearly eight thousand square feet, with eight bedrooms and six bathrooms. It contained a billiard room, a cigar lounge, two dining rooms, three living rooms, and two kitchens. It was completely unnecessary, but my father had inherited it from his father before him, and it would forever remain within the family. The idea of living anywhere else after my parents left this world was preposterous.

It was the home I was raised in, and it would be the one I returned to when it no longer had anyone inside to care for it.

“What do you think about her?” my father asked, finally turning from the window to regard me with curiosity. We’d been talking about the first day of January for the last week and a half. It was all we’d talked about over Christmas dinner, too. My entire family was curious about the whole thing. I couldn’t blame them. I was chomping at the bit with anticipation.

Piper would land in Montreal on New Year’s Day.

Then, she and I would have the entire month together, and in that time, I would discover whether she was the woman I wanted to spend the rest of my life with or not. If she was, which was as preposterous of a thought as not coming back to live in my old house, I would have to endure the rest of the year wondering if she was starting to develop those feelings for the other eleven Casanova men.

“I like her,” I said as my father walked from the window to sit down on the sofa across from me. His pipe was no longer smoking, and he set it down on the small tray on the coffee table next to him.

What else was there to say? I’d only spent a grand total of twelve or so hours in her company, and in that time, the other eleven men had been there taking up space and her energy. “It’s hard to tell this early on, Dad. She seems like she’s really kind. And patient. And selfless. But she’s also clever and honest. I don’t know. There could be something there.”

My father shook his head. “In your shoes, I would be nervous, too. But you must have faith. Faith in the process. Faith in yourself. Everything will work out as it has already been intended.”

“Maybe I won’t like the intended outcome,” I said.

I sighed and rubbed at my forehead. All this stress had taken a bit of the enjoyment out of the holidays for me. I’d been unable to think of anything else besides her. And there was a lot about her worth thinking about.

I was intrigued by the way she’d handled herself during the interview process. Her answers were genuine and honest, and of all the other women, she’d been the only one who hadn’t rehearsed her answers in front of a mirror for months leading up to the moment where we were all finally face to face. Her responses were organic and said more about her than the cookie cutter answers the other women gave us.

And I’d learned a lot from those answers.

She didn’t scare easily. She wasn’t intimidated by a room full of men who were eyeing her like a cut of meat. She was headstrong, determined, and a hell of a fighter to get herself into the Casanova Club at the last minute the way she did.

Not only was she fierce as hell, but she was equally beautiful. Those big red lips of hers and those dark eyes—eyes so dark a man could get lost in them if he stared too long—captivated me. Her fair porcelain skin and long shiny brown hair complemented everything about her, and her soft appearance was a curious contrast to her bold personality.

I needed to know more about how all the pieces fit together. I needed to have time alone with her to figure her out and, if I was lucky, find out what the core of her driving force was.

We all had one, after all. And a woman like Piper James had a fire burning inside her that was so hot and bright, I could feel it radiating off her whenever we were in the same room. I just needed a chance to get to the heart of it all.

Maybe then the dreams about her would stop.

She’d been coming to visit me every night. She showed up in the doorway to a room I’d never been in before. I was in bed waiting for her. When she came in, she moved like a dancer, making her way toward the bed, where she disrobed and stood naked before me like the muse of my dreams.

A painter like me had a soft spot for the type of beauty Piper possessed. I wanted to capture it somehow. I wanted to immortalize that beauty on canvas.

My father cleared his throat and got to his feet. I remembered where I was and shook my head to clear my thoughts. Thinking about Piper’s naked body while sitting on my father’s sofa was a fool’s game.

My father made his way over to the liquor cabinet. He was getting slower in his old age. He opened a bottle of whiskey and poured us each a glass. When he came back to sit, he handed me one of them, and we both sipped them slowly.

“She must be even more nervous than you are,” he said after a moment.

I’d been thinking about that, too. From her side of things, this would be a hell of a lot scarier. She was the one leaving her home and flying here, to a city she may never have been before, to spend the next thirty days with a man she barely knew.

“Just because she’s tough doesn’t mean she won’t have anxiety over this.”

“You will be a gentleman and make her feel welcome? You will not pressure her to—”

“Dad,” I said, cutting him off and shaking my head. “Who do you think I am? You don’t need to warn me about that kind of thing. I want to make sure she is perfectly at ease. At home. There’s no other way this could work.”

“Very good,” he said. Then he took another sip of whiskey. “Is she staying with you?”

I shook my head. “We had the option, but it seemed a bold move to make. I made arrangements for her to stay at the Frontenac.”

“With a city or river view?”

I chuckled. “City. If it wasn’t the dead of winter, I would have made sure she was facing the water. But at this time of year, old Quebec is beautiful with the snow and lights. I wanted her to see that every night before she falls asleep.”

I laughed. “Where do you think I got it from?”

My father gave me a cheeky smile and swirled his whiskey around in the glass. “Romance is important. Especially if you want a woman of substance and class and intelligence. Her love must be earned.”

My parents were the epitome of the relationship I wanted to find. I had never once heard them have an argument. I asked them about it once when I was in my early twenties. All the women I’d been in relationships with liked to fight—at least, I thought they did. It took two to argue.

My mother and father told me they didn’t argue because nothing was more important than their love and respect for each other. That didn’t mean they always saw eye to eye. No matter how compatible two people were, there would always be differences. But they were able to communicate in more effective, kind, and loving ways. They got to resolutions relatively quickly and never went to bed upset.

That was what I wanted.

“Any tips on what I should do for our first date?” I asked. My father gave great advice. He’d never led me astray before.

He studied me for a moment. His blue eyes, the same icy color as mine, slid over to the Christmas tree by the fireplace as he considered my question. I waited patiently for his answer.

After a couple of minutes, he returned his gaze to me. “I would keep it simple if I were you. Traditional. Something comfortable and familiar to the both of you to put you at ease and make the most of your time together.”

He nodded. “Yes. Dinner. Somewhere nice but not too nice. Somewhere comfortable and friendly with a laidback atmosphere, but the sort of place she won’t feel uneasy at when she shows up in a dress and heels.”

“How do you know she’ll show up in a dress and heels?”

My father’s smile was sly, all knowing, and a little crooked. “She is going on a date with you, Joshua. She will dress to impress.”

I took a sip of whiskey.

“Where will you take her?” my father asked.

My father nodded. “A good choice, I think.”

“Any other words of wisdom for me, Dad?”

My father put his whiskey down beside his pipe on the side table. He rested his hands over his stomach and nodded once. “Have fun. Don’t get caught up in your own head. Let this girl in, Joshua. She might be good for you. She might even help you loosen up a little bit.”

“Yes. You’re a serious man, Joshua. It has served you well in creating your career in the arts. But when it comes to love, you need to have fun. You need to relax and go with the flow sometimes. Piper sounds like she could give you that.”

I didn’t say anything. To fill the silence, I finished my whiskey.

My father smiled at me. “Your mother and I are in your corner. We wish you all the best, and I hope that when the time comes, you will want to introduce her to us. Good luck, son.”