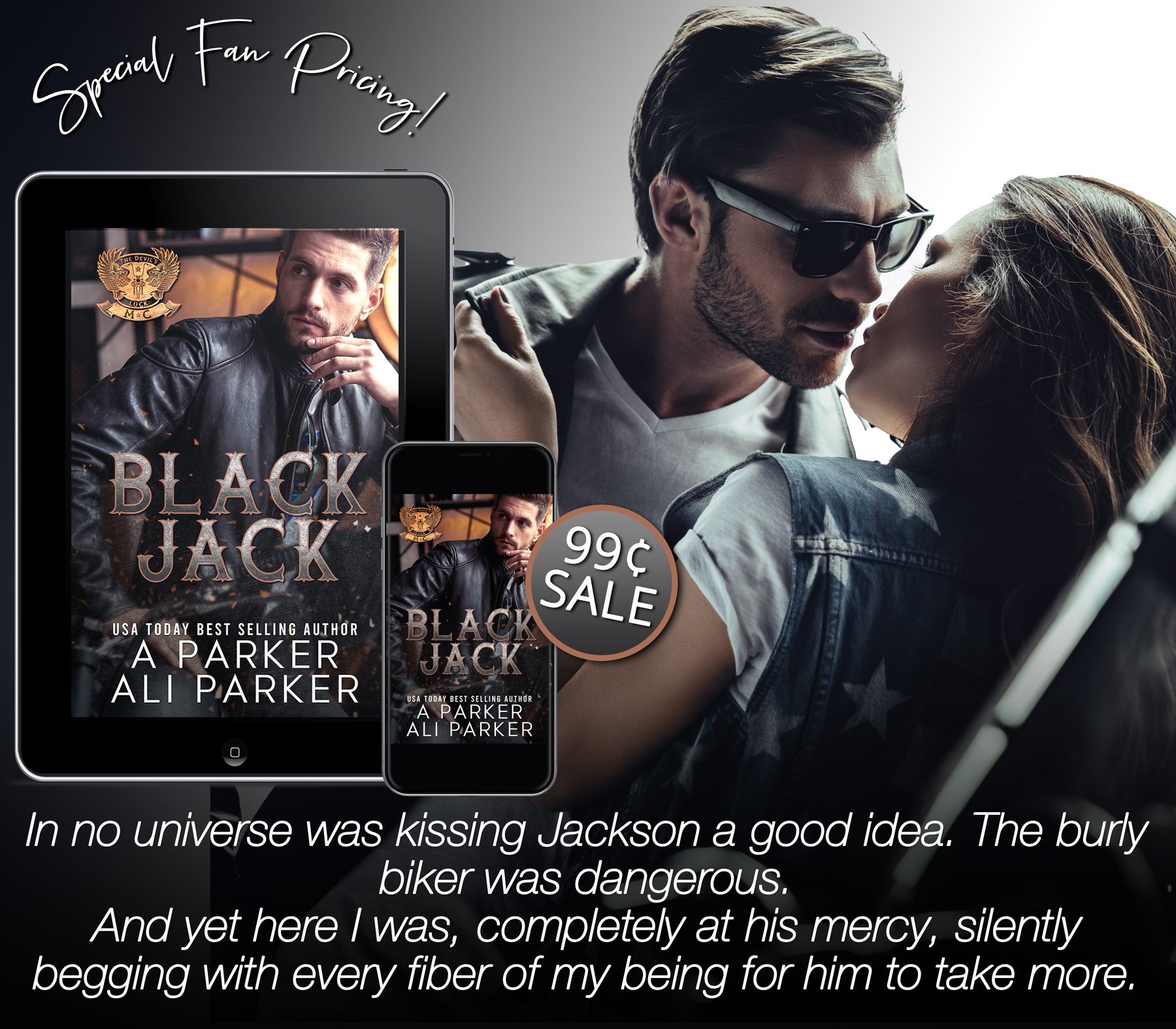 “Behind,” I called before pressing forward and squeezing behind my three line cooks as they chopped vegetables, peeled shrimp, and put finishing touches on the dishes finished by the head chef. Over my head, I balanced a half-empty cardboard box full of vodka bottles, which I’d just restocked behind the bar. The extras, along with some odds and ends like stray sriracha and soy sauce bottles I’d found in the wrong places, would be returned to their designated shelves in storage, too.

Amber, my youngest line cook, flashed a pink-and-blue-braces smile over her shoulder at me. “Is it getting busy up front?”

Thursday afternoons brought all the regulars to my bar, Reno’s Well. Sometimes it still felt a little strange referring to it as my bar. The place had been built by my father when he moved to Reno from Las Vegas in 1978 looking for a place to settle down and plant roots. He’d always wanted to run his own business, and a place that offered solace to locals, helped him get to know people and not feel like an outsider, and work around beer was a no-brainer for him. It took him about eight months to build, and the grand opening brought nearly everyone in Reno out of the casinos and into the log-cabin-style bar with an A-frame roof, wrap-around front porch, and killer menu.

My dad knew his way around a kitchen.

I shimmied out through the back doors of the kitchen and down the hall to the storage room and my office. To get into the storage room, I had to put the box down, and as soon as I got the door open, a sleeve of cold cups toppled over from a top shelf and rained down on me.

I’d hired a couple new busboys and hostesses to keep things running now that we were getting into the busier season and the weather was getting hot. In the fall and spring, we served a lot of people outside on the porch, but it was too hot for that, and customers wanted air-conditioning to escape the heat. Reno’s Well was the perfect place to come for a cold sleeve, a basket of wings, and some AC.

But the damn kids could never be bothered to put things back correctly, hence the sriracha and soy bottles.

Tucking everything away, I wondered how much time my father had spent in this very storage room. When I’d taken over the bar after he passed, it took a lot of time and effort to bring the place up to my standards. My poor father. He could run a bar, cook a mean meal, and make a pretty girl swoon with that big smile of his, but he couldn’t organize worth a damn. Almost a decade later and I was still finding things tucked away in strange places that I never knew existed.

Rumor had it my mother used to sneak in the back door to see him because her father didn’t approve of her dating the local bar owner. My dad had a bit of a reputation for being a bad boy. The thought made me smile as I stepped back out into the hall and closed the door behind me.

I moved to my right, collected the two full black garbage bags set out in the hall, and half-dragged them out the very back door my mother used to sneak through. I hauled the bags over to the large garbage bin and chucked them over the side. They landed heavily and disturbed the peace in the bin, unleashing foul smells of garbage.

I pulled the collar of my shirt up over my nose and scurried off back inside to the cool air.

Mom and Dad dated in secret for about six months before they couldn’t hide their love anymore. She came clean with her father, my grandpa, who refused to talk to her for the following year because he thought she was embarrassing him and the family.

I wished I’d asked my father when he was still alive how that conversation went with my grandfather and what he said to win him over because I never knew there was bad history there until the regulars at the bar—my bar—and my father’s old friends, told me so long after he’d passed away.

There were always things to learn about my own history at my place of work. It had become my home and the customers my family.

But literally, it was my home. My apartment was upstairs, the same place my father lived after he finished building the bar, and the same place I was born.

I couldn’t imagine leaving but I knew eventually I’d outgrow the one-bedroom apartment. For now though, it was perfect for me and my orange tabby, Toes.

On my second pass through the kitchen, I stole a basket of French fries set aside and dusted with parmesan cheese and herbs. I shared them with my staff before heading back to the front of house, where my bartender Morgan stood pouring six draft beers and arranging them neatly on a round tray for one of the servers.

“You can go,” I told her as I donned an apron and pulled my short black hair up into a dinky ponytail. Pieces fell out immediately. “I know how much of a pain in the ass school pick-up is if you don’t beat the other parents.”

“Vultures,” she scowled, “the lot of them. Thanks, boss.”

I chuckled. “Here, give me the tray. Candice looks busy. Do you know what table this is for?”

Morgan nodded across the bar to the table of six retired regulars sitting near the unlit stone fireplace in the middle of the bar. The fireplace rose up to the ceiling where it disappeared amongst the rafters and reappeared upstairs in the living room of my apartment.

Daddy had really outdone himself with that one. The fireplace, along with the building itself, was a genuine masterpiece.

Morgan took off her apron while I picked up the tray of beers and carried it through my bar to the customers. Other regulars smiled and said hello as I passed, and I returned their greetings with well-humored harassment.

“Why don’t you just bring a cot and set up in the kitchens, Angus?”

“I’d say it’s nice to see you again, Anna, but you never leave. How am I supposed to miss you if you’re always here?”

My father used to tease his customers too, and it was all part of his charm. Hell, it was part of Reno’s Well branding. I couldn’t let it fall to the wayside, and even if I wanted to, I wouldn’t be able to. My father’s teasing and playful humor was in my blood.

“Okay,” I announced when I arrived at the table of retirees. These folks, three married couples, had been close with my parents when I was growing up, and I knew exactly what printed sofas they had in the nineties and what wallpaper patterns were in their powder rooms. They grinned up at me as I passed out their beers. “How’s everyone doing this afternoon? Good, I hope. It’s a scorcher out there today!”

Rhonda, who was on the Parent Advisory Council with my mother at my primary school, sipped the foam off the top of her beer and nodded. “Too hot,” she complained. “But it’s perfect in here.” Her eyes shifted from left to right before she leaned toward me, as if about to share a secret. “Have you heard the news?”

News in Reno was never a good thing these days. There was too much trouble. Too much mess.

The three couples exchanged looks that were surprisingly not fearful.

Rhonda’s husband, George, draped an arm over the back of his wife’s chair. “Jackson Black is back in town.”

George nodded enthusiastically. “Yep, we saw him with our own eyes on the way over getting off the Greyhound at the station. He was in full uniform. We hardly recognized him at first. He’s… well, he’s definitely changed.”

I hurried to set the other beers down as a tremble started in my hands.

Black Jack was back in Reno.

“You all right, Sam?” Rhonda asked, reaching over to take my hand in hers. She had a clammy but not unpleasant grip. It reminded me of my mother’s, so I held on.

She gave my hand a squeeze before letting go, and I wished she hadn’t. “I know, child. I know. You’ve been put through the wringer here. I still think you should consider walking away.”

Don’t take it personally, I reminded myself.

I’d been working hard not to get offended when my customers and friends kept begging me to sell my bar. It wasn’t safe to hold on to it, not with how things were going in Reno. There were bad people who wanted my business.

They’d taken other local businesses for their own over the past few years and I’d had more than my fair share of run-ins with them, too. Sometimes they’d walk right into my business like they already owned the place. They wouldn’t even pay their tab.

George and all the others shifted uneasily.

One of the other wives chimed in. “Samantha, honey, nobody would think any less of you if you decided to sell the Well. We’ve all seen the fight you’ve put in to keep it and your daddy would be proud. But I think he’d want you to walk away, too. You know what he’d say. It’s just a place. A thing. It’s not more important than your safety.”

They didn’t understand. They never could.

Nothing was more important to me than this building.

I forced a thin smile. “If I sold this place, where would the lot of you go to drink beer and throw darts?”

They smiled too, but I could see the cracks of worry in their eyes.

“At least Jack is back,” Rhonda said, hopeful.

“Yes,” I breathed, “at least he’s back. But does he know what happened last week?”

The table went quiet. Everyone averted their eyes. George picked at the edge of the table.

Finally, Rhonda sighed. “I’m not sure. But if he doesn’t, he’ll know soon enough.”

I looked down at the floor—at the old boards my father used to chase me across at the end of long workdays when all the chairs were turned up and the floors had been mopped.