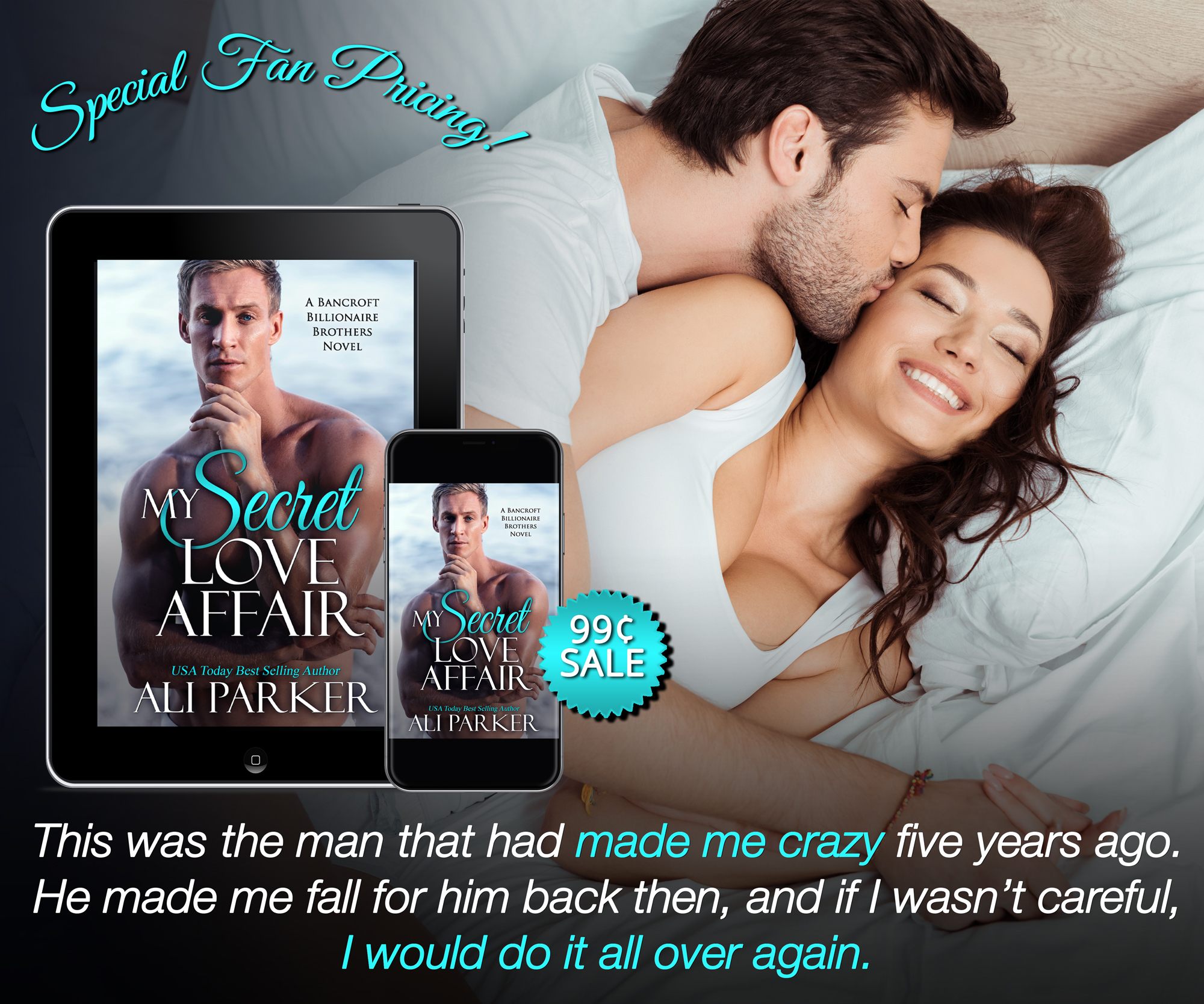 99¢ SPECIAL FAN PRICING UNTIL WEDNESDAY (MAY 26th) AT MIDNIGHT!

The rain beat down on the roof of my Toyota Camry. The engine was running but the car was in park. I was sitting outside my boyfriend’s house, trying to gather the courage to go in. The windshield wipers swiped away the rain, giving me a clear view of the cars parked up and down the street in front of Geoffrey’s house. The neighborhood was upscale and perfect for families. Every yard was manicured. Toys and basketball hoops in the driveways gave it the perfect all-American feel. I thought this was the perfect place to raise my daughter. Geoffrey would adopt her, and we would live happily ever after in the suburbs of New York City.

“Just get out of the car, Madi. Get it over with.”

I gripped the steering wheel and begged whatever deity happened to be listening for the courage and strength to do what needed to be done. I wished I could just ignore it. I wanted it to go away. I could pretend a little longer and maybe I would fall in love with him. Geoffrey had some great qualities. He was the kind of man a girl like me should be excited to have.

I shut off the engine and pulled the hood of my jacket over my head. I rushed up to the front door and knocked. He answered the door with a big smile.

“Hey, babe!” he greeted and pulled me into the house. “I didn’t know you were coming by.”

He gave me a kiss. I tried not to show my revulsion. “Hi,” I said for lack of anything better to say. I noticed his plastic food bowls all over the center island. “Making your lunches for the week?”

Predictable could be his middle name. “What’s on the menu for this week?”

I nodded and looked around his house that was as clean as always. Geoffrey was a clean freak. He was also a health nut. His rigidity was difficult to deal with, but I used to tell myself it was what I needed in my life. I tried. I tried to adjust my lifestyle to fit in with his, but I just couldn’t do it.

If I didn’t say it now, I was going to chicken out. “Can we talk for a minute?” I asked him.

He flashed a grin. “Talk? You don’t have the little munchkin with you. Maybe we could do just a little more than talk?”

He reached for me, but I sidestepped and sat down on the edge of the couch. “Sit, please.”

“I was hoping we could take her to the children’s museum next week,” he said as he sat down. “One of my patients told me they updated the giraffe area. We’ll go out to eat at that pizza place we love afterward. It’ll be easier if I stay the night at your place and I’ll go to the gym from there.”

Listening to him plan our weekend irritated me. That was how it always was. He dictated the plans. He decided where we ate and when. He decided if Clara was included in our plans. He had somehow managed to take over my life and I didn’t like it. I felt like a teenager with super strict parents. I was over it. I needed my freedom.

“You don’t know?” he questioned like it was the most absurd thing ever that I wouldn’t automatically jump to do what he demanded. “All right, I can see something is wrong. What is it?”

“Geoffrey, I need to tell you something. It isn’t going to be easy. It’s weighing heavy on my heart and I just need to get it out.”

I looked into the blue eyes I used to be so attracted to. He was blond, blue-eyed, average height but in great shape, and an orthodontist making good money to boot. He should have been the perfect man. My parents thought he was. They were the ones who set us up. But he wasn’t. He wasn’t for me.

“We’ve had a lot of fun this last year and I appreciate you and all you’ve done for me and Clara, but this isn’t working.”

“What do you mean?” he asked. The look on his face said he was genuinely shocked.

“We’re just two very different people,” I said. I didn’t want to hurt him, but I needed to make sure he understood this was done. “We have been off for a while. You have to know that. I think it’s best if we go our separate ways now while we are still friends.”

He stared at me for several seconds. “Are you serious right now?” he asked

“Geoff, you know we aren’t in a good place. I want to stay friends, but we can’t be together. We’re not compatible.”

“I’d love to be able to check in with you now and then,” I said. I knew this was going to be a volatile conversation, but it had to happen. I couldn’t hide from it anymore. It was just making me miserable.

“I don’t believe you,” he said. “You’re upset. Is it that time of the month? I thought we had another week.”

This was exactly why I had to get away from this man. I could not deal with this anymore. “No,” I snapped. “We’re over. I’m sorry to be blunt, but it’s time for us to move on.”

“This isn’t something that is up for debate,” I told him.

He got up and walked into his bedroom. I wasn’t sure if that meant the conversation was over, but I was going to take advantage of him being gone. I got up and was ready to make my break for it when he came back into the room.

He threw a box at me. Instinct kicked in and I caught it. “What’s this?” I asked.

It wasn’t hard to figure out what it was. I didn’t want to open the little black box. “I don’t want this,” I told him.

I flinched. He did have a tendency to fly off the handle. It was just one of the reasons I wanted to end the relationship. I opened the box and found a diamond engagement ring. I wasn’t sure what it was supposed to mean. “I don’t know what you want me to say,” I told him and tossed the box back at him.

“I was ready to make the move,” he said. “You made me think this was where our relationship was heading. Did you enjoy leading me on?”

“I wasn’t leading you on. I know you don’t love me. We have been in a very rocky, weird place for the last month. I know you know it. We were not heading for marriage.”

“I’m sorry, but that is not how I felt. I don’t want to marry you. I know you will find someone who does. You’re a great guy but we are just not compatible.”

He glared at me. “That is the dumbest thing I’ve ever heard.”

“I’ll see you around,” I said and made my way to the door.

He was getting angrier. This was what I wanted to avoid. Geoffrey had a tendency to get really pissed, really fast. He had never been violent, but it always felt like it was just bubbling under the surface. It made me nervous.

“I told you why,” I said calmly. “It isn’t anything you did wrong. This is on me. I’m not ready for this relationship and I’m definitely not ready for marriage.”

He scoffed. “You have a kid. I told you I wanted to adopt her. How many other men are going to want to be a father to a kid that isn’t theirs?”

I took a deep breath. He was lashing out. “I appreciate that you were kind to her, but that isn’t a reason for us to be together. I’m not searching for a father for her. We’re doing just fine on our own. If I’m not going to be happy, it isn’t going to do us any good.”

“So, you’re saying you weren’t happy with me?”

I really didn’t want to hurt his feelings. “I’m saying we’ve grown apart and I wouldn’t be happy. Ultimately, the best thing I can do for my little girl is show her what it’s like to be in a happy, healthy relationship.”

“I was but this isn’t working,” I said again. I didn’t want to tell him it was his jealous, controlling ways that drove me away. It would just make him angrier. “I’m going to go.”

At some point, he had put himself between me and the door. That was not good. “You don’t get to come in here, drop a bomb on my life, and then run. You owe me more than that.”

“I don’t know what else you want me to say. I can’t be with you. I don’t want to hurt your feelings. I don’t want us to be enemies, but this is over.”

He looked downright murderous. “The hell it is! You don’t get to throw me out like I’m a piece of garbage.”

“You are not garbage,” I told him. I needed to choose my words carefully. He was taking this much harder than I expected. “I’m not throwing you out. We’re breaking up. It happens.”

“Okay, I get it, but this is over,” I said firmly. I was not going to argue with him.

“You can’t change my mind,” I told him. “This is not going to change anything.”

I stepped toward him, knowing I was going to have to push my way out the door. “Goodbye,” I said and brushed past him. I got my hand on the doorknob and didn’t stop. My legs were shaking, and my heart was pounding as I walked as fast as my legs would carry me. I didn’t run. I forced myself not to.

I got in my car and quickly started the engine. I hit the gas and sped away. It wasn’t until I was two miles down the road that I finally pulled over. “Holy shit,” I breathed.

That had been far more intense than I expected. I knew he would be upset but I never expected him to explode. My hands were shaking. Fear washed over me. In the moment, I’d been more worried about getting out of the house. I focused on getting out the door and nothing else. Now the fear was hitting.

My phone rang. I glanced at the screen. It was him. I declined the call only to have him call right back. I shook my head and pulled away from the curb. My phone rang over and over with text messages coming in between the phone calls.

I was not going to answer. I was so glad I made the move to end the relationship when I did. Red flags had been popping up over the last three months. I had ignored them, explained them away, and even pretended the red flags were a sign of love.

They weren’t. His true colors were shining through and it was enough for me to get the hell out while I still could.