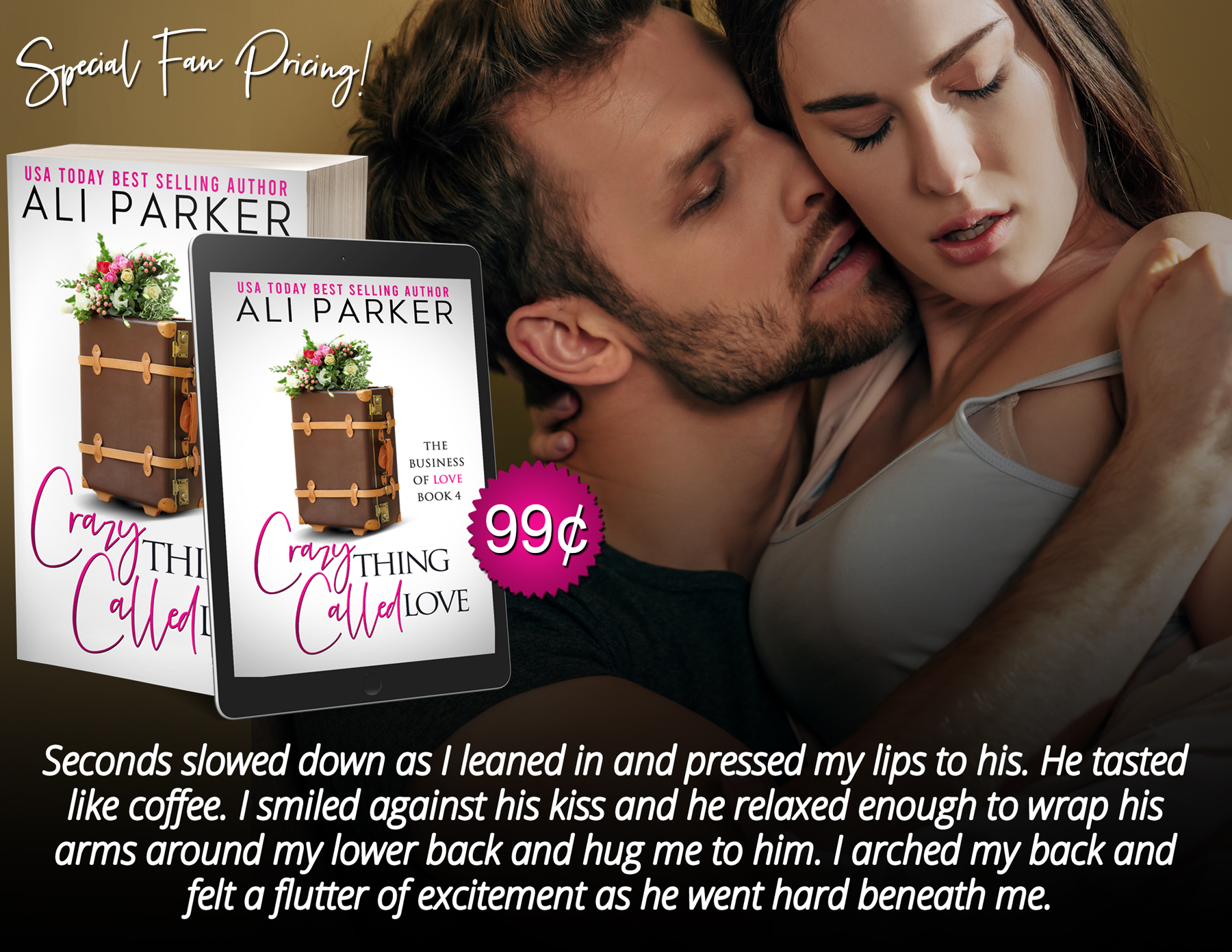 Even up on the top deck of the small passenger ferry, I found the air thick and humid with salty sea spray. I didn’t mind the smell or the way it made the handrails gritty and tacky, but I didn’t love how it formed a layer over my skin and clothes, making me feel a little boxed in by humidity.

The crowded ferry wasn’t making that claustrophobic feeling any easier, either.

The boat was small, and it was set to take me from the larger Virgin Island, St. Thomas, to the smaller, less crowded, and certainly less populated island, St. John. I’d only seen pictures of the island on the computer monitor in my home office. What started out as a screensaver image soon became a dream and an ache for an escape.

I never expected to be standing there, gazing out at the island itself in real life.

Up close and personal, St. John was smaller than I’d anticipated. I’d been warned about this, of course. People at work thought I was crazy for up and leaving for three months to an island I’d never been to with nothing but two suitcases worth of clothes and personal belongings. Most of the items I’d brought with me were simplicities like books, coding manuals for educational purposes, my laptop, and shoes. I hadn’t seen a need for anything more substantial than that. The whole point of this trip was to go back to basics and reset.

I leaned forward on the railing and did my best to ignore the sea spray that burst upward from beneath the bow of the small ferry. Families crowded the railings on either side of me, most of them taking a day trip from St. Thomas. There, they were all likely staying at overpriced inclusive resorts with built-in daycare programs, five to seven a la carte restaurants, pools full of piss and booze from drunken patrons spilling their pina coladas in the water after spending too many hours at the swim up bar, and live night-time entertainment that ranged from mediocre to downright cringe-worthy.

Of course, I’d never stayed at one of those hotels. What I knew of them, I was pulling from what I’d been told by others who were lucky enough to have gone.

St. John drew closer. The ferry wrapped along the rocky coast, where sheer bluffs gave way to azure tropical waters. I waited, transfixed by the lush green beauty of the place that was so different from what I was used to back in Los Angeles. The ferry swept around the final bluff and rounded the bend.

Spread out before me was a white sandy beach speckled in bright umbrellas and beachgoers. Farther out bobbing on the royal-blue waters were fishermen’s boats, small sail boats, and a grand total of three smaller-scale yachts. We passed one at a wide berth, and upbeat French music poured out of the speakers while two women in neon bikinis that showed most of their ass cheeks bounced up and down on the top deck while singing.

Several husbands on deck with me received swats from their irritated wives for looking.

I chuckled and straightened from the railing as the ferry set course into the round bay succinctly called Cruz Bay. It was a small port town that was something right out of a fantasy pirate flick.

I doubted I would happen upon any ragtag pirates wearing dark eyeliner and slurring into a bottle of rum, though.

We slowed as we approached the dock, after which the passengers were free to disembark. A ferry staff member was there in a safety vest to guide us down the ramp onto the wooden dock and direct us toward the main part of town. Once there, we could hail taxis or head down to the beach where Sea-Doo’s, kayaks, snorkeling equipment, and body boards were available for rent.

I shouldered one of my bags and dragged the other behind me. The small wheels of my suitcase thumped over every board on the dock until I reached the end and stepped onto old concrete covered in sand. It made its way into my sandals in less than a minute and I carried on down the road, keeping to the shade cast by the lush greenery and palm trees.

It smelled floral and fruity all at once.

Gone were the stench of car fumes and garbage that I was so used to in LA. Gone were the telltale noises of an overpopulated city. Even as I walked along the roadside about half a football field’s distance from where the ocean kissed the beach, I could hear the sound of children splashing in the water. Mothers hollered for them to come back up and reapply sunscreen, fathers threw Frisbees with their sons, and daughters lay on their stomachs, eyes glued to their phone screens, scrolling.

I left the busy part of town behind and stopped to hail a cab without competition from other tourists. It took me less than three minutes to find one that wasn’t a truck loaded down with a twenty-passenger tour wagon—similar to something one might find at a pumpkin patch for hayrides in the fall. The driver, a middle-aged dark-skinned St. Thomas native, got out from behind the wheel of his silver sedan and tossed my bags in the trunk. He wore a loose palm-printed yellow shirt, cut-off jean shorts, and a crooked smile.

He told me his name was Andy as I slid into the passenger seat.

Andy had big hands. I wondered how long he’d been driving a taxi for and what he did before this, but I didn’t ask. “Where are you from, Peter?”

“You have that look about you.”

I cracked the window to let in some air as we pulled off down the road and put the beach in our rearview mirror. “Is that a good thing?”

“Neither good nor bad, just true.”

I smiled. Was this what people meant when they said island life was simple?

I pulled out the address of the place I was staying on the island, which I’d scribbled on the back of a coffee receipt and left in my pocket. Andy nodded when I read it to him, telling me he knew the place. He cranked up the car radio, which was fuzzy and cut out frequently as we drove twenty miles an hour down an ever-narrowing road into dense tropical jungle.

The farther inland we went, the sweeter the air smelled.

Flowers of bright shades of pink, purple, and sunset yellow grew along the sides of the road. I’d never been someone who gave a second thought to fauna or flowers but I couldn’t deny this place had a magical feeling to it, like I’d been transported to another world.

For the first time in my life, I understood why people spoke so highly of tropical vacations and beach destinations. The only traveling I’d ever done had been work related, and in my thirty-two years of living, all I’d seen was my home in LA, New York City, Detroit, and Chicago.

Basically, I was more familiar with concrete and plastic than I was greenery and sand.

“How long you here for?” Andy turned down the volume on the radio and shot me a curious look. “Week? Two weeks?”

Andy nodded like this was the correct answer. “Ah yes. You look like a man who needs a break.”

He had a lot of opinions for a stranger. “I feel like a man who needs a break, too.”

Andy seemed to think this was funny because he laughed harder than I expected and slapped his hand on the middle of the steering wheel. The horn tooted softly. “The nightlife in Cruz Bay is very good, Peter. You should go down there tonight or tomorrow and meet people. Three months alone inland will be good to your soul and spirit, but it is the people of the island who will refill your well.”

“You’re a pretty bossy cab driver, you know that?”

Andy laughed, chortling and snorting. “I have been told. But I have also been thanked. Been living here a long time, Peter. Long time. I know things only locals know. And I know what city boys like you come to a place like this looking for. Trust me. You will find it here. Let the people guide you.”

I felt as if I’d been transported into an animated movie for children about destiny and princesses and spiritual awakenings. I said none of this to my driver, of course, who spent the remaining ten minutes of the drive telling me all about the top places I should visit. One comment was about the daily market, which was stocked with fresh produce and fish by local farmers and fishermen. He assured me it was the only way to shop for food on the island.

I promised I would make my way out there tomorrow.

The paved road ended and we rolled slowly onto a pothole-ridden dirt road lined in overgrown foliage that brushed against the sides of Andy’s car. At the end of the road, I spied my destination, the quaint little cabin I’d rented online from an elderly couple who resided in Miami.

It presented better in a picture than it did in real life. That was for damn certain.

“Home sweet home,” Andy announced as he put the car in park. He flashed me a smile and drummed his fingers on the wheel. “What do you think?”

I peered at the lopsided deck with peeling paint and the beginnings of rot. The cabin itself seemed structurally sound, but the deck was in bad shape. Forest-green shutters framed the two front windows. The glass was cloudy and in need of cleaning. The roof looked new, and that was a relief.

I nodded. “This will do just fine.”

Andy and I got out of the car. He insisted on helping me with my bags and left them on the front porch. It creaked under the small weight of my bags and I worried about walking across it. I was a two-hundred-pound man. If it had troubles with my suitcases which were a grand total of seventy pounds, we were in for some trouble.

I paid and tipped Andy and he wished me a good stay on “his island.”

As he drove off, I stood with my fists on my hips, staring at the little home that would be mine for the next ninety days.

The stairs of the porch groaned and moaned beneath my weight, but they held fast. The porch was more obnoxious in its protests, but it too held me as I unlocked the front door with the key that had been left on top of the doorframe. I shouldered the door open and stepped inside.

I could smell the dust.

It sat upon every surface, windowsill, and floorboard. It made the sunlight streaming through the fogged glass windows look muted, like a filter had been applied to it. The air was intensely still.

I took a step forward and plumes of dust rose from under the soles of my shoes.

I dropped my bags on the floor and buried my nose and mouth in the crook of my elbow as dust particles rose up to dance in the sunlight.

“At least you’ll have something to do to kill some time,” I muttered.