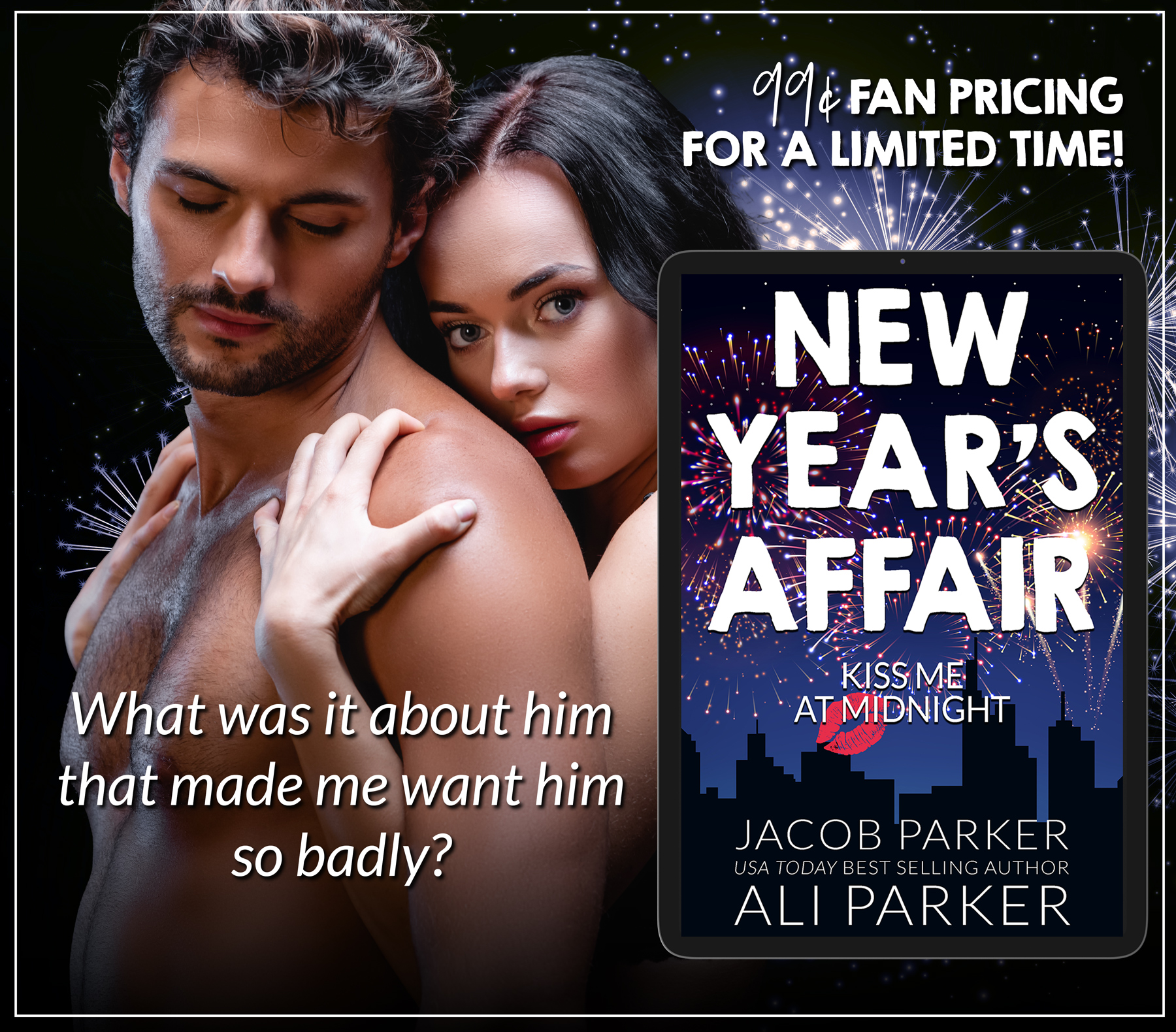 ON SALE FOR 99¢ FAN PRICING FOR A LIMITED TIME!

“I can’t believe this is how I’m spending my Saturday,” Kyle said with a groan. “Your nerdiness is wearing off on me.”

“A trip to the museum is not how two single men with good looks and charm spend their Saturday,” he argued. “We should be at the beach.”

“It’s November,” I pointed out dryly. “You’re not going to find anybody at the beach.”

“Bullshit,” he said. “I go down there and watch the hot girls run. They wear tight little pants and are all sweaty.”

“Is that seriously how you spend your Saturdays?” I asked with incredulity.

“Not every Saturday, but don’t knock it until you try it,” he said with a grin. “Do you know how many phone numbers I’ve gotten by casually bumping into a sexy female on her daily run?”

“I have to show my face,” I said. “An hour, two tops. Then we’ll go full creep and hang out at the beach and trip women or whatever it is you do for fun.”

I shot him a dirty look. “Fuck you. You’re supposed to be my friend.”

“I haven’t found my thing yet,” I said, shrugging. “I will. One day, I’m going to wake up in the middle of the night and know exactly what I’m supposed to invent.”

“You think so,” he said with a guffaw.

I parked the Mercedes in the VIP spot behind the museum. I wasn’t exactly looking forward to accepting a plaque on behalf of my family’s successful inventions. It just brought more attention to my lack of accomplishments. I was the yutz in town because my brilliant family was off traveling the world and being smart. I was the dipshit that couldn’t come up with an original thought, let alone some cool invention.

I climbed out and pulled on my jacket. I had to look the part of a Sison. Only Armani for us. I stretched out my arms before buttoning the jacket. Kyle walked alongside me as we made our way to the back entrance of the museum.

“Mr. Sison,” a young man with thick glasses gushed at the door. “It’s an honor to meet you.”

Kyle slapped me on the back. “Enjoy it,” he said. “This is your day to be king.”

“You mean the spare to the Sison kingdom,” I muttered under my breath.

“You’re like third in line,” he said, laughing. “You’re not even the spare.”

“Why did you come with me if you were just going to bust my balls?” I asked with a sigh. “I get plenty of shit from my family. I really don’t need your help to make me feel like an idiot.”

“Just want to make sure you don’t get a big head while they’re out of the country,” he said.

I didn’t bother correcting him. He led us through the storeroom and out a side door. I could hear the quiet chatter of conversation. People milled about whispering to one another while they studied the various displays. I got a weird feeling in my gut. It was a combination of nerves and shame. I was a little ashamed to be taking the glory from my family’s hard work.

“Mr. Sison!” The curator of the museum rushed toward me. “I’m so glad you could be here.”

“We’re going to have you stand in front of the Sison display,” he said. “I’ll present you with the plaque. The press is going to take a few pictures. We’d love it if you could say a few words.”

“I didn’t prepare a speech.” I probably should have. Why didn’t I? Because no one gave a shit what I had to say. The spare to the Sison family had done nothing noteworthy.

“Just say thanks,” Kyle said. “Be the man of few words type. People like that better. You know how it is when someone hogs the limelight just a little too long. It kills the vibe.”

He was right. As an event planner, I knew that. Speeches were dull. It didn’t matter who was doing the talking. I always encouraged my clients to keep the speeches short. I also advised them to make it entertaining. I didn’t have jokes. That gene skipped me as well. I was pretty sure my mom’s egg and my dad’s sperm were the leftover after producing my brilliant older brother and equally brilliant sister. But I did get the looks. So, there was that.

I took my spot in front of the display with the inventions my family had created. The inventor gene could be traced back several generations. My dad and his dad and his dad had all created some really cool gadgets. My mom was more of the support staff, but my brother and sister were nerds. In a good way. The kind of way that made them very wealthy.

The whole presentation was over before I knew it. I smiled, shook hands, and posed for pictures. The whole thing lasted thirty minutes at most.

“That wasn’t terrible,” Kyle said and handed me a cup of coffee.

“High praise.” I took a drink of the horrible coffee and pulled a face. “Gross. What is this stuff?”

“It’s not Dom Perignon.” He pointed at the display case that was dedicated to my grandfather. “Did your family really invent the wheel?”

“That’s pretty fucking cool if they did,” he said.

We moved around the inventor’s museum checking out things that made it big and other lesser known inventions. When I took a step back and looked at the world as a whole, it was filled with inventions. Everything from the straws in our coffee to the cars we drove were born from the brain of an inventive person. People like my brother and sister. My dad and his parents. My brain didn’t operate like that. I didn’t look at something and automatically start thinking of something that would make life easier.

“The other ninety percent of the world,” he said, laughing.

“The zipper. Where’s the safety pin? The bottle caps.”

“Are you saying they didn’t get the credit they deserve?” he asked.

“I just think there are more people out there coming up with some great ideas and they aren’t getting the credit they deserve,” I said. “You’ve got a handful of millions in here.”

“Your family included,” he reminded me.

“Yes, but are they featured in museums because their ideas were better than the zipper or are they in here because my grandpa and his father and his father invented amazing things?”

It was a question I often asked myself. Maybe I asked myself because I was a little jealous. Heaps of praise rained down on them for things that were silly in the grand scheme of things.

“Sounds like you’re feeling a little bitter,” he said.

“Nah, I’m just a little pissed that I could plan the next royal wedding and I would still not get the praise Adam and Breanne get,” I said, referencing my older sister and brother. We were the A, B, and C. I felt like my whole life I’d been a C average. Adam was going to carry on the family legacy. Breanne wasn’t doing too bad. Then there was me. I was just average.

“We should do something big,” he said.

“Something that draws some serious publicity.” He had that look in his eyes—the look of a man with an idea. A man that was about to drag me into something I might not necessarily want to do. I would do it because he had a way of selling an idea.

“Party,” he said. “Huge. Singers. Actors. Maybe some social media influencers. That will bring you a lot of attention. I’ll use my connections and secure some of the hottest stars in the business.”

Kyle was a talent agent and liked to flaunt his connections.

“It’s too late to do anything for the holidays,” I said. “Maybe a spring fling?”

“Good idea,” he said. “Bikini season. We could tie in a fashion element. One of my coworkers represents Hillary. I bet we could get her to model some bikinis.”

“Are you planning a fashion show?” a man wearing jeans, loafers, and a loud shirt unbuttoned to a breath above his navel asked.

He looked slimy, but I was in LA. Everyone was Hollywood adjacent. Everyone wanted to look like they were someone. I just didn’t know who he was.

“We’re just throwing around some ideas,” I said.

“My name is Will Carlson,” he said and extended his hand. “I’m from New York. I have several major accounts. I planned some of the Fashion Week events last year. This year I’m handling the New York City ball drop.”

“You’re not in the family business?” he asked.

“What kind of event are you trying to put together?” Will asked.

“I’m not sure we’re putting anything together,” I said. “We were just tossing around ideas.”

Will looked around the museum. “You’re a Sison but you’re not an inventor?”

He smirked. “Is your name going to be in here eventually or will you continue to be the face of the family?” he said, laughing. “I guess the line had to end somewhere. Hopefully, your older siblings will keep the inventor spirit alive. The world would be a sad place if we didn’t get any more Sison ideas.”

He was being a dick. I didn’t know why. It wasn’t like I had done anything to him. “I’m sorry, but what do you do?” I asked while infusing my tone with just enough disdain to put him in his place.

Will’s smug expression made me want to throttle him. “I wouldn’t expect west coast guys like you to know who the movers and shakers in the big city are.”

“Nice to meet you,” Kyle said. “We’re on our way out. Enjoy the sun while you’re here. I’m sure New York is covered with smog and cold. We understand why you guys run out here when you can’t handle the weather.”

Will opened his mouth to say more. Kyle pulled me away, tossing the cups of shitty coffee into the trash as we went. Once back at the car, I leaned my arms against the roof of my car. “Is that really how people see me?” I asked.

“Fuck them,” he said with a shake of his head. “He’s some short, little-dick dude trying to throw his weight around to feel better about himself. He doesn’t matter.”

I stared at the back of the museum. “He’s not wrong.”

“Not everyone has to measure their worth by their success,” he said. “Success doesn’t mean shit if you aren’t happy. You’re happy, right?”

He pointed to the car. “Get in and let’s go find a couple of beautiful ladies that will make sure you know if you’re happy or not.”

I rolled my eyes. “That’s not actually happiness,” I muttered.

“Then you’re doing it wrong,” he said with a wink.

We got into the car. Kyle wanted to have fun. A few words had ruined my day. It wasn’t the first time I had heard it. Family functions were usually fraught with similar comments. I was used to being the butt of jokes at parties. I was successful in my own right, but because I didn’t come up with the idea for a silicone baking dish or a self-cleaning litter box, I must be a failure. A lesser man would have crumbled under the pressure. I just chose to carve out my own niche. Couldn’t a guy get a little pat on the back for doing something a little different?