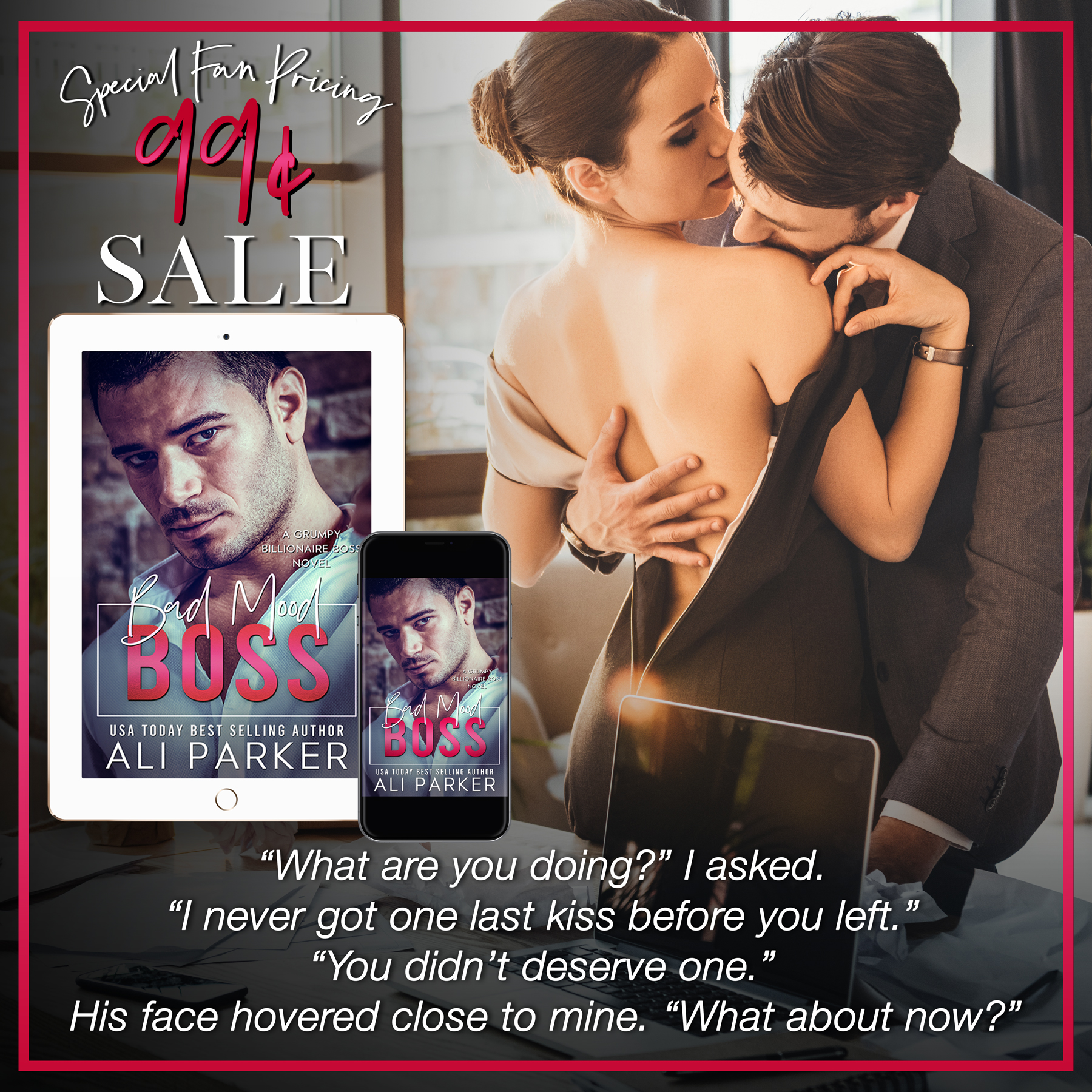 My board of directors spoke openly behind me, their voices rising every time they became particularly passionate about the subject matter.

The release of my flagship project at St. Clair Technologies and Designs, or SCTD, was scheduled to release in T-minus four days. Communications to the public had been succinct but it had been enough. The first one came eleven months ago at the SCTD New Tech Conference right here at headquarters and was followed by a flurry of interest online unlike anything this company had ever seen.

It blew my father’s mind when he first saw the numbers.

I slid my hands into my pockets and stared out the window of the conference room, down at the inner courtyard of the headquarters building ten stories below. It was late spring in Silicon Valley. Employees on lunch and coffee breaks lounged in the shade beneath rich green canopies of dozens of sweet bay trees. Their white narrow trunks matched the natural architecture of the headquarters building, where nature met modern contemporary design. Floor-to-ceiling windows butted up against log-cabin-inspired walls.

My father had designed this building back in the early eighties. It had seen a handful of minor renovations since then, but it was so unique that nobody had ever been too keen to change its bones, myself included. My old man might have had an outdated approach to tech and business, but he had an eye for architectural design, and probably would have made his billions in either industry. As it was, he chose tech and built this empire.

Now, it belonged to me.

The voices rose in cadence and excitement behind me as the board talked about the flurry of anticipation transpiring online. Consumers were eager to get their hands on my new tech, the SCTD Firewall Chip. We’d spent a lot of time designing and testing, and even more time trying to figure out pricing to make it accessible to most of our client base.

My father thought this move had been ludicrous.

He insisted that the only way I could maintain his level of success was to recognize the value my chip design brought to customers. The chip could be put into almost any piece of tech—computers, tablets, phones, you name it. Aside from cameras.

The baseline idea was that it was a firewall on steroids, designed to flag, remove, and report all malicious malware or content. In my opinion, everyone deserved this kind of protection in this day and age, where around every corner someone was trying to hack into your online banking and all other personal accounts. The elderly were especially vulnerable, and from where I was standing, nobody was going to bat for them. Credit card scams were at an all-time high and my tech could save our aging population from losing what they had spent their entire lives working hard for.

If nobody else was going to do it, I was.

Still, it hadn’t been easy going.

I didn’t turn from the window. “Yes?”

One of my board members, Melissa Cruze, spoke. “There’s a press conference on the calendar for tomorrow afternoon. The guest list is impressive. We’d like to speak, briefly,” she added as if already anticipating I wouldn’t find merit in whatever this discussion was going to be about, “about the only negative feedback we’ve been getting in the study groups about our marketing.”

“Very well.” I turned from the window and studied Melissa’s stiff posture and bouncing knee. “Speak.”

Melissa cleared her throat. Her eyes darted around to the other nine members of the board, as if asking each one if they were willing to take this hit for her. Nobody said a word. She drew herself up with a steadying breath. “Well, sir, you see, people are elated about the product. It’s exceeded all of our expectations on customer feedback. People can’t wait to get their hands on it, and they’re really excited to see a tech conglomerate like SCTD striving to make something for the middle class and not squeezing every dime they can make out of it.”

Melissa looked down at the table and straightened her notebook and pen. “The public feedback about you, however, is, well, not ideal.”

Another member spoke up. Henry Whittle. “People don’t want to buy from someone they perceive as difficult.”

Henry and Melissa shared a look that suggested they both felt like they’d been abandoned on a tiny island in the middle of the Pacific with no hope of rescue.

“I don’t care if people don’t want to buy a product that would benefit them because they take issue with my personality. Let’s move on to relevant roadblocks.”

Henry cleared his throat. “There aren’t any.”

I clapped my hands together. Several members jumped in their chairs. I did them a favor and pretended not to notice. “Good. Meeting adjourned. I’ll see you all back here before the press conference.”

Everyone got to their feet. I moved to the door to beat everyone out, but when I was only halfway there, it flew open and the bright red face of my flustered assistant, Jillian, made me stop in my tracks. All eyes turned to her and the whole conference room held its breath as if we were one entity.

Jillian swallowed hard. “Mr. St. Clair, we have a problem. They were running the last demo on the chip and something went wrong.”

Jillian’s eyes flicked around the room before landing back on me. “It sort of… burst into flames, sir.”

Melissa clutched her notebook to her chest so hard her knuckles turned white. “Was it a user error? Did one of the techs make a mistake? Did they run diagnostics? Who was running the test?”

“I don’t have those answers, I’m sorry,” Jillian said. “All I know is that they called me in a panic and told me to tell you that the chip isn’t ready and something has been overlooked.” She paused as if gathering her courage. “We’re going to have to announce at the press conference on Monday that the release of the chip has to be postponed.”

Henry rubbed his furrowed brow. “This doesn’t make any sense. We were thorough! We couldn’t have missed something. Surely there are no more tests we can run.”

Jillian didn’t say another word. She just stood there in the doorway, out of breath and frazzled from her run from her office to the conference room. She waited for me to say something.

Finally, I found my voice. “I’m going down to the labs to run more tests myself. Jillian, clear my schedule for the rest of the afternoon. I don’t want to be interrupted. Melissa, keep this under lock and key. I don’t want this getting out. If there is a snitch and this information is leaked before the conference, I will conclude that it came from this room and I’ll fire each and every one of you. Do we understand one another?”

Jillian stepped out of my way when I left the conference room. A few seconds later, her heels clicked on the hardwood floors behind me. She followed me out of the main office on the tenth floor and toward the elevators in the lobby. As I waited on the elevator, I shot a look at Jillian over my shoulder. “Why are you still here?”

“Your father is here.”

Jillian nodded. “He was in the lab when the chip caught fire.”

“Of course he was.” I sighed as the elevator doors opened. “Thank you for the heads-up, Jillian. I’ll take it from here.”

She tipped her head and headed back to her office to work on my schedule. The doors slid closed, and once I was alone, I slumped against the back wall.

I should have known this had all been too good to be true. In all my life, I’d never worked on a project that had gone so smoothly. I should have anticipated this. I should have been more prepared. But I wasn’t. I felt like the rug had just been yanked out from under my feet and I was on my back, turtling like a fool.

The whole world would see my failure broadcast on every television screen at that fucking press conference. My first release after taking over the company after my father’s retirement, and I’d already botched it somehow.

The elevator doors opened with a soft chime, and a smooth female voice announced my arrival on the ground floor of the lobby. I crossed the polished concrete floors, my sneakers silent and not drawing the attention of the people mingling at the Birchwood Café as I passed. I pushed through the double doors into the labs and studied the situation.

At least a dozen techs worked furiously, flitting from one side of the lab to the other, speaking hurriedly to each other as they tried to diagnose what had gone wrong. It smelled like burning plastic, and three of the four smoke alarms were blinking red.

My father stood off to the side, arms crossed over his chest, one hand stroking his silver beard and moustache. He hadn’t seen me come in. His focus rested entirely on the lab techs and their frantic work.

I made my presence known. “What the hell happened?”

The panicked movements of everyone ceased and they all turned to me.

“We’ll email the reports to you as soon as we have them,” added a third.

I moved through the lab to the table where the chip sat pinched in the mechanical hands of a robot assistant. It had been fried to shit. Circuits looked frayed and like they’d been ripped apart. Plastic had melted and bled over the edges.

My father came up behind me and put a hand on my shoulder. “We might be out of our depth here, Beck.”

“I have some of the best minds in the country in this room,” I said.

I looked up at him and stared into those light brown eyes of his—the same color as mine. “No.”

“She’s brilliant. She’s worked on chips exactly like this. Made them from scratch! She might be your only shot, son.”

My stomach threatened to drop out of my ass. “Anyone but her.”