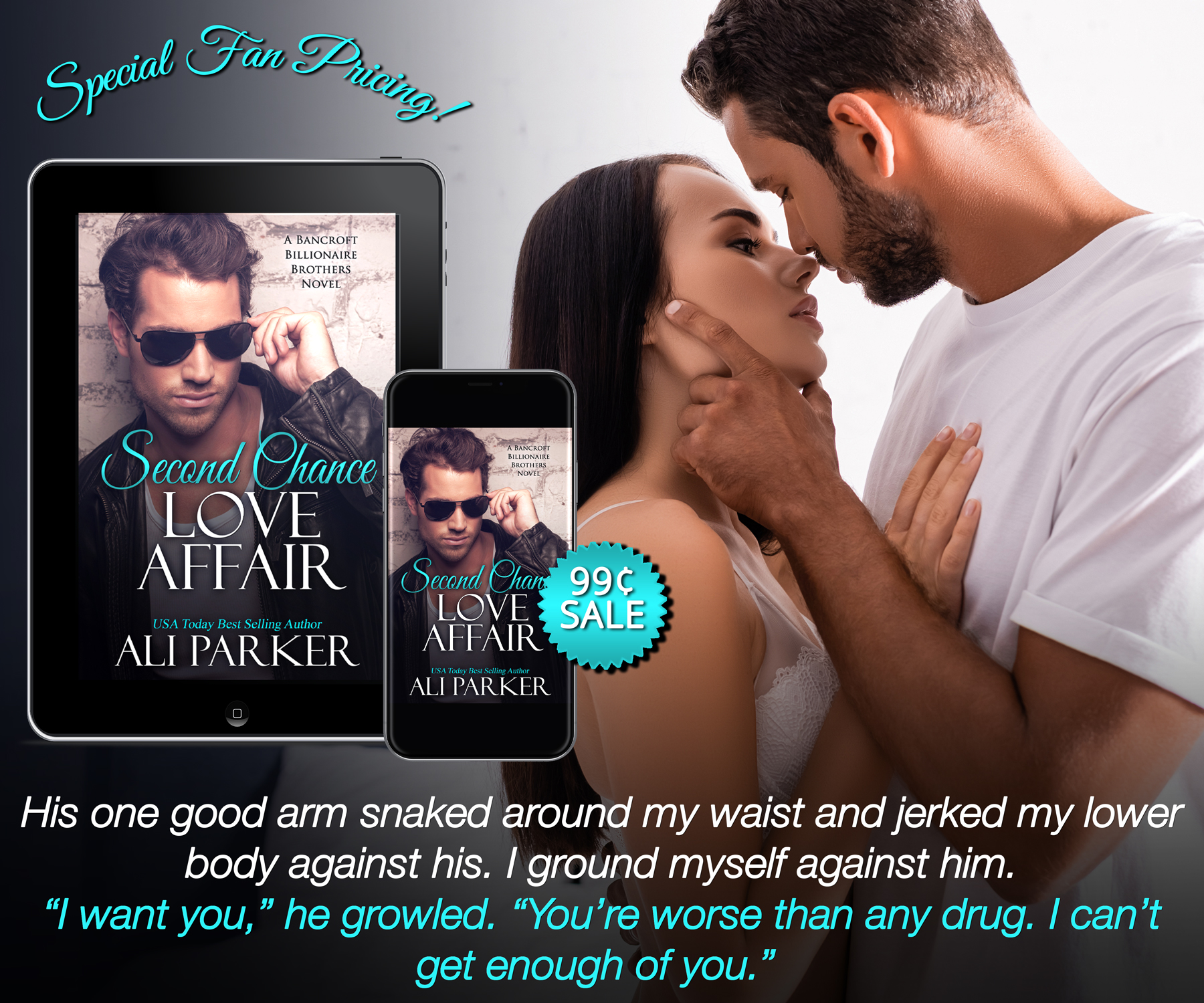 I woke up and stared up at the ceiling. This was the last day in my shitty apartment. Oddly enough, I was a little melancholy about leaving the hovel I’d called home for the last six years. Technically, it wasn’t a hovel, but compared to the penthouse I was moving into, it certainly was.

I got out of bed and walked across the shitty linoleum floor and into the bathroom that was an eighth of the size of the penthouse master bath. I turned on the water and listened to the old pipes complain in their usual fashion before a shot of slightly orange water burst out. I waited for it to run clear before stepping under the shower stream.

The water shot cold before returning back to almost warm. “Last time, fucker,” I growled.

I swore, the guy above me only decided to take a shower when I did. He waited until he heard my shower turn on before he decided to take one. I had been dealing with the asshole for years. No more. Tomorrow, I would be in my huge walk-in shower with water jets hitting me tip to top.

I quickly finished the shower before I lost all water pressure. It took me about three minutes to brush my teeth and comb my hair. I wasn’t trying to look good. I was going to the gym to work out before I could pick up the keys to the penthouse.

“Good fucking bye,” I said as I looked around the place I’d called home for too long.

I was leaving it all, except the clothes. Those were being packed up and moved to the penthouse while I was out. I bought everything new. I finally got to dip into the savings and treat myself to a little luxury. It only took damn near forty years, but I was finally getting a taste of the life I should have had. To think my dream of getting to live in a nice place had almost been stolen by my little brother was tough to swallow.

I drove to the gym my brother Oliver owned. One of several he owned. I walked in and flashed my smile and badge at the sexy blonde sitting behind the reception desk.

“Thomas, please,” I said. “Save the Mr. Grier for my little brother.”

“That’s better. I like to be on a first name basis with all the beautiful ladies.”

I flashed her a wink and a smile and headed into the wide-open gym area. I stretched out before jumping on the treadmill to do a little cardio.

“I didn’t think you were coming in today,” Oliver said and stood in front of the treadmill.

“Yep, but the only thing I’m moving is my clothes and a few personal things. Everything else is getting boxed up and sent to the women’s shelter. Besides, I have an overpriced membership to a gym. I’m getting my money’s worth.”

“Shit, Mr. Moneybags,” he teased. “And my gym is not overpriced.”

I shook my head. My speed was making it difficult to talk. “Just getting what I’ve earned. All that secondhand shit can go somewhere else. I’m done living like a poor man. It’s about time you did as well.”

“You could be doing better,” I said and slowed the speed down before hopping off.

“Do you feel guilty for taking their money?” he asked.

I grabbed the towel off the side of the treadmill and wiped my face. “Nope.”

“We probably should have told them we weren’t paupers,” he said.

He was referring to our half-brothers. The brothers that supposedly didn’t know we existed until a month or so ago. “We didn’t tell them we were paupers,” I said as we walked over to the weight bench. It was part of our normal routine. We usually worked out together at least three days a week.

“I’m not going to feel guilty about it,” I said. “We are paupers compared to them. We have both worked our asses off to get what we have. They have billions. Look at how easy it was for James to write that check for a million dollars. Neither of us has that kind of liquid assets. We’re tied up in real estate and other responsibilities. It’s not like we robbed them.”

“But we could have told them we were working on leveraging our assets,” he said.

“Fuck that,” I growled and lay on the bench. “Why should we have to go into debt to save Jenson’s ass? Again. He’s fucked up because of that family. You know we’re all a little fucked up after being abandoned by dear old dad so he could raise them. That fucks with a kid’s head. Those kids grew up to be men with baggage. You and I have risen above the bullshit and managed to make something of ourselves against the odds. We can’t afford a single misstep. We make a bad investment or have a bad month; we can’t pay the loan with exorbitant interest. You lose your chain of gyms and I have to sell my interest in the firm. A million dollars is pennies for them.”

“I don’t disagree, but I think we presented ourselves as hard up,” he said.

I sat up and looked at him. “That’s your pride talking. You know you’re successful. I know you’re successful. Who gives a shit what they think? I certainly don’t. It’s not like we’re going to see them again or have anything to do with them. We played nice. We saved Jenson’s ass. It’s over. We can go on with our lives. I’m not about to give up my penthouse to save Jenson again. Those fuckers owe us that much.”

He didn’t look convinced. I was done trying to tell him we did nothing wrong. Jenson had been in serious trouble. It would have taken Oliver and me weeks to get that kind of cash together. We didn’t have weeks. We had days. I was the one who lowered myself and asked for the damn money. That had been worse than eating a big pile of crow, but I did it because I was tired of me and my brothers getting the short end of the stick. I had my penthouse in the final days of closing. Oliver was wrapped up in buying another real estate property. We would have lost both if we had to start moving around a bunch of money to save Jenson.

“I’ll be the one to carry the guilt,” he muttered.

“Fine, but it’s stupid. No need to feel guilty.”

We finished our workout. I took advantage of the showers at the gym and changed into the clothes I kept in the locker I was lucky to have. Then it was off to work to check on things. I was planning on only working half a day. I was anxious to go home. My new home.

I hopped in my Challenger that felt just a little useless on the busy city streets of Manhattan. I was lucky if I got over thirty on a good day. I had to take her out on the freeway just to make sure the engine could still perform as it should. Everyone said it was stupid to buy a car like this when I lived in the city, but I had always wanted a muscle car. Yes, it was smarter to take the subway, but I liked the control that came with driving.

I pulled into the parking garage, waved at the guy running the guard, and was promptly allowed in. That was something else people warned me about—parking. Too many buildings, too little parking. I set the alarm and headed for the sidewalk. I needed a shot of caffeine.

I looked behind me. “How do you do that?”

“Remember my coffee order,” I said. “You probably serve three hundred people a day. Do you remember all their orders?”

“Just the cute ones,” she replied.

I flashed her a smile as I looked at her with fresh eyes. She was hot. I had noticed she was attractive before, but now I was seeing her as an option. Brunette, busty, and flirty. That was right up my alley. “If you think I’m cute, how come we haven’t gone out?”

“You haven’t asked me out,” she said as she made my coffee.

I leaned forward. “I don’t have your number.”

“I didn’t know it was an option,” I returned.

She grabbed a pen and wrote her number on the side of my cup. “Now you do.”

I walked away and couldn’t stop smiling. Today was turning out to be a good day. I whistled as I walked to the office. Cari the receptionist was sitting at her usual spot. “Good morning,” she said with a friendly smile.

She grimaced and handed me a piece of paper.

“No, you don’t,” I said. “I’m having a great morning.” I pointed to the number on my coffee cup. “I move into my place today. I got the phone number of a really hot girl. Don’t ruin this for me, Cari.”

I sighed with my shoulders drooping forward. “Why, Cari? Why couldn’t you just let me have this?”

She smiled and waggled the paper at me. “Because I wouldn’t be doing my job if I didn’t give you your messages. Besides, you’ve got more numbers than your phone will hold.”

I chuckled and took the paper. “You know it.”

I walked toward my office and pushed open the door. I flipped on the lights and sat down. I barely got a sip of coffee when my too energetic assistant came rushing in. “I’m sorry!” he gushed. “I went by the dry cleaners and it took forever.”

“Cari said she gave you your messages. Do you want me to call your mom and tell her you’re in meetings all day?”

Bash knew the drill. My mother was probably the neediest person on the planet. She hadn’t always been that way, but lately, she was always asking for something. “Yes, please.”

“Okay, will do. You have a meeting at eleven with a new client. It’s an internet sales company. Then you have an update due with that laundromat business. I also have you—”

I held up a hand. “Woah. How much coffee have you consumed?”

“Slow down,” I said. “You’re making me dizzy. I need the file for the eleven o’clock meeting.”

“Thank you,” I said and effectively dismissed him.

He was making my head spin. Once he was gone, my earlier excitement had vanished. It was all work. My company did nothing more than crunch numbers for other companies. We evaluated sales and profits and figured out how a company could make more money. Sometimes, we got clients that were on the edge of financial collapse. Other times, we got companies that were in great shape, but they wanted to be in better shape.

We made a lot of money making other companies money. It was a little work with a big reward. It took more gut feelings and market savviness than technical skill. Me and my partners were all about going with our gut. It was paying off in spades.

Bash knocked once on the door and popped his head in. “Your mom called again,” he said. “I told her you were in a meeting.”

“Did she say what she wanted?”

“No. She said she would call back.”

I was sure it was the same invitation she always sent. She wanted me to come over for family dinner with the stepdad. I didn’t like the guy and I was not going to pretend otherwise.