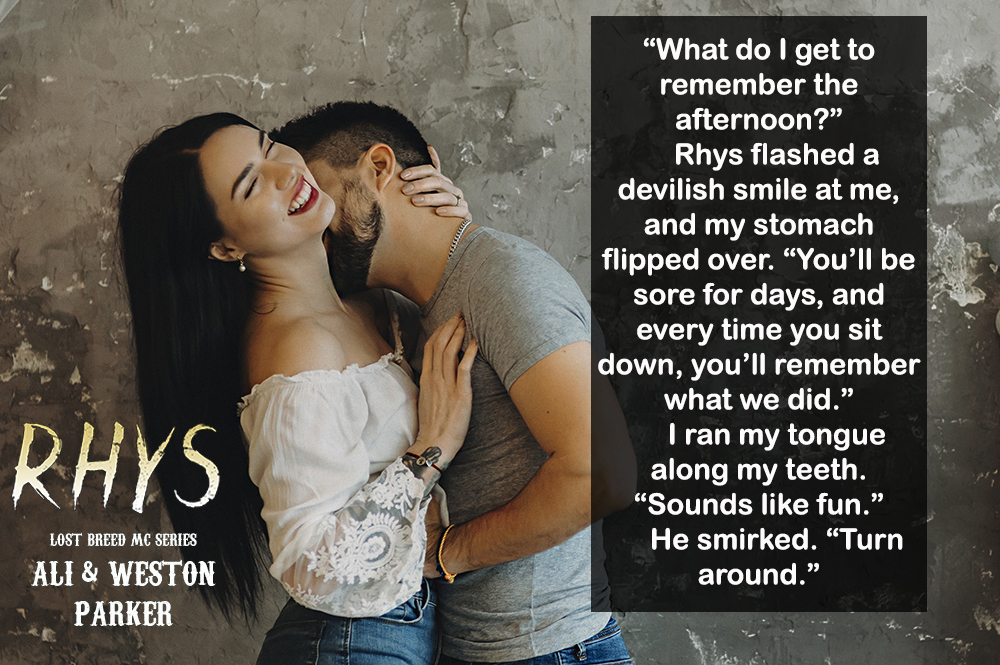 New York City was still relatively cold in March. The snow had finally stopped, although there were still massive dirty piles of the stuff tucked up against sidewalks, waiting to melt in the afternoon sun that only hit them for roughly two hours a day. The belly of New York City was often in shadow this time of year due to the shorter days and the height of the buildings, but the snow piles would melt eventually.

For now, they weren’t enough to keep me off my bike.

I’d been craving a ride for weeks—months even. My 2018 Indian Scout Bobber had sat in my garage, lonesome and cold, waiting for me to get back in the saddle as soon as winter passed.

And it finally had.

Now I was weaving through traffic, leaning side to side as I swerved between cars and wove between the painted lines on the road. Cars honked their horns at me, and I ignored them. They were just jealous that they had to endure the bumper to bumper Saturday afternoon traffic in the Big Apple.

Chicago had been home to me for the last eight years, and coming back to New York City just over six months ago had been an adjustment. The life I built for myself in Chicago had been torn to shreds by the Reed brothers, who killed more than half of my crew and pushed me out of my city.

I’d left many things behind. And people.

I took a sharp right turn and glanced over my shoulder. My three old crew members who had come with me from Chicago were doing their best to keep up with me, but they had nothing on my riding skills. It infuriated them and entertained me to no end. The only man I’d ever met who was an equal rider to me was my best friend Max Connolly.

He was one of the people I’d left behind in Chicago.

In a casket six feet under.

I opened up on the throttle. The engine roared between my legs, and the front tire left the pavement for a good couple of seconds. For a three-block stretch, there were no cars in front of me. Nothing to slow me down. I rode hard and fast until I came upon tail lights at a busy intersection. I geared down, cut between two taxis, and rode the line to the front of the red light where I put one foot down to keep the bike up.

The car on my right was a sleek little Mazda R8. The windows were blacked out, so when the driver’s side one rolled down, I looked over.

A young kid, probably no more than twenty, nodded at me and revved his engine. He had friends in the car. I could hear them egging him on, encouraging him to wipe the pavement with my ass.

I leaned down over the handlebars and fixed my gaze on the opposite street light. I watched as it turned yellow and then red.

As soon as our light turned green, I opened my Indian Scout up all the way. The back tire slid sideways, burned a bit of rubber, and then caught traction and launched me forward. The Mazda was peeling through the intersection, and as soon as the kid shifted gears, I blew past him, cut in front of him, and left him far behind in my mirrors as I headed out of the downtown core to the bar me and my crew had been frequenting recently.

It was a cozy place called Angie’s, and it was run by a plump woman with curly brown hair named, unsurprisingly, Angie. Her cheeks were always flushed from being a busybody all the time. She went from mixing drinks to serving tables to taking payments, and then she’d be lending a hand to any of her staff who needed her. It was a family-run business. Her three daughters worked as waitresses, and her husband was the head chef. The food was amazing, the atmosphere was friendly, if not a little low class, and sitting by the massive stone fireplace was perfect after a chilly afternoon ride.

I was the first to arrive, which didn’t surprise me, seeing as how I’d left the others far behind. I swung a leg over my bike and brought my helmet inside with me. The hostess greeted me with a friendly smile and shivered when the cool air from outside hit her.

“You’ve been out riding in this weather?” she asked, her brows drawn together as she grabbed a menu from under her little podium.

I grinned. “You bet. As long as it’s not snowing, it’s riding weather. And there’ll be four of us actually. Thanks.”

She took three more menus and brought me over to the fireplace. She set the menus down, returned a couple minutes later with four glasses of water, and told me the waitress would come for our orders once my companions arrived.

Aiden, Liam, and Owen showed up a good seven or eight minutes after me, which made me grin like a prideful idiot as they made their way between the tables to come sit down with me. They pulled out their chairs and did their best to ignore my smug look.

Aiden opened his menu and peered down at it. After a minute, he looked up at me and scowled. “Stop gloating.”

I shrugged and mindlessly began playing with the pepper shaker on the table. “You’re just jealous that you don’t have the balls to ride like you mean it.”

Liam nodded. “I won’t lie. I wish I could ride like that. We caught up with that kid you raced in the Mazda. His buddies were ripping him a new one.”

“He shouldn’t be racing on busy streets like that anyway,” I said.

“Maybe. But I have the skill to back it up. That kid still had pimples and hadn’t grown into his own nose yet.”

“I still get pimples,” Liam muttered. He was the youngest of the four of us, and back in Chicago, he’d been the youngest member in my MC, the Red Rogues. He was only twenty-four and, as he said, was still victim to the occasional pimple.

Our waitress came and took our orders as promised. We all ordered different burgers with assortments of delicious toppings, including eggs, fried onions, coleslaw, pickles, spiced relish, mushrooms, bacon, and of course, cheese. It would be a feast fit for kings. We also ordered a pitcher of beer to the table which arrived quickly.

I leaned forward and poured us all a glass. My first sip was chilled to perfection. Nothing beat a nice cold beer after a ride, regardless of the weather.

Aiden put his beer down and leaned back in his chair, which creaked beneath his weight. The guy was built like an ox, much like his older cousin, Max Connolly, was. The one in the grave back in Chicago. “Have you spoken to Ryder recently?” Aiden asked.

His question was pointed at me, so I shook my head. “Not in a week or so. Last I heard, he was pretty overwhelmed. Dani has him putting the finishing touches on the nursery.”

Owen snorted. “Now that’s a sight I’d pay to see. Our president hanging shelves and putting up curtains. You think she’ll get him to paint an animal wall mural, too?”

We all snickered at that, but I shook my head. “I meant finishing touches as in furniture. All the hard stuff has been done for months. It’s just the crib and a few odds and ends left, I think.”

“How was Dani last time you talked to Ryder?” Liam asked.

“I think she’s ready for the whole pregnancy thing to be over.” I tapped my finger against the side of my beer glass and shook my head. Dani’s belly had been swollen to the size of a basketball last time I saw her. She was smiling and happy, but she walked with a serious waddle, and I could tell she was more than a little uncomfortable. Ryder had catered to her every need. “Women are incredible creatures.”

Owen’s eyebrows lifted dramatically. “What are you talking about?”

He still looked skeptical as he sipped his beer.

Aiden chimed in to move the conversation along. “You know, Owen, this is the sort of place that back in the day, you would have found some asshole to pick a fight with.”

Owen chuckled. “You could say that again.”

“Thank God that shit is behind us,” I said.

Owen shrugged. “It was fun while it lasted.”

“Or me,” Aiden agreed. “It was either me or Rhys or Max who’d have to talk you down and spare some poor bastard from getting all his teeth knocked out.”

I flinched when Max’s name came out of his little cousin’s mouth. I thought I’d be used to him not being here by now. He’d been dead for eight months. But I wasn’t. I was far from it. There was still so much guilt eating at me that every time we spoke of him, all I could think was that he should still be here, sitting across from me, giving all of us shit for hitching our wagons to another MC.

Owen scratched at the stubble on his chin and nodded. “Sometimes, Max would get in on the action with me.”

“Only if he’d had a few too many beers,” Aiden said.

“True,” Owen said. “But he’d get a few punches off nonetheless. He was one hell of a fighter.”

And then the same silence that always followed a brief conversation like this about Max or any of the other guys we’d lost settled in around us. The air was thick with it.

I stared at my beer and turned my glass around in a slow circle, tracing it through the condensation that had gathered on the table top.

Nobody else said anything as they lifted their beers as well and drank.

A minute passed and was followed by a couple more. When our food arrived, we were all grateful for the distraction, and soon, conversation started to flow again. The burgers were messy and dripped sauce all over the place. We had to lick our fingers clean afterward.

The meal was delicious.

I covered our tab and thanked Angie before we all headed back out to the parking lot. The cold afternoon air nipped at my skin as I pulled on my riding gloves.

Aiden stopped beside me as I made to put my helmet on. “Do you still, you know, talk to Quinn?”

“Yeah, I just, I don’t know,” Aiden said a little sheepishly before he scratched the back of his neck. “I just wonder how she’s doing back in Chicago. She was pissed when we left. And Max hadn’t been gone long. I worry about her is all, I guess.”

“Then you should call her, Aiden. She’s your cousin, after all. Not mine.”

Aiden nodded. “Yeah. Maybe I will.”

I pulled my helmet on and got on my bike.