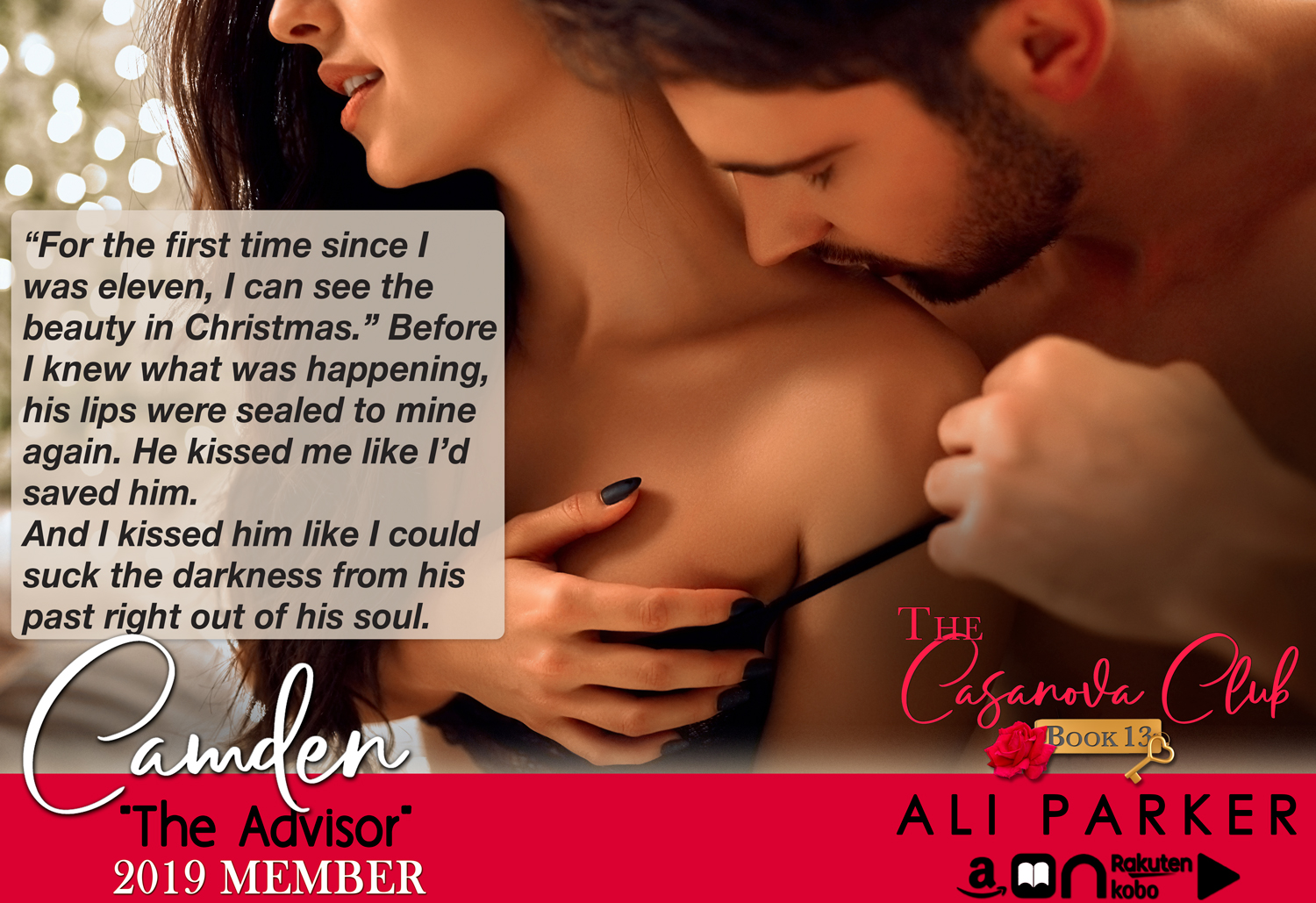 Twelve months ago I won a shot at love.

I didn’t want it back then. I wanted the money instead. So long as I didn’t fall in love, it was mine.

It was a fool proof plan. And I thought it was what I wanted.

But the line between what I want and what I need has only become more and more blurry as the months pass. Now I’m starting my final month of the year with the final bachelor in the Casanova Club: Camden Wood.

He’s cool and collected and significantly older than me. We have nothing in common and I feel like a bird trapped in his luxurious high rise in the middle of New York City. Christmas is all around us but it hasn’t touched his home. There is a darkness around his heart and this holiday, and maybe the best thing I can do for him is show him that Christmas can be something more. Something magical.Then again my efforts might be wasted once I betray him at the end of the month and choose the money over love.

But it’s the least I can do for the last man in line before this year is over. Camden deserves better than this. They all do.

At least it will all be over soon.

Note to the Reader: This is a 14 book sexy romantic comedy series with monthly releases in 2019. We'll be following the journey of Piper, one funny, down-to-earth young woman, and her willingness to give up everything to save her family. The books are standalone in nature, but do have references to the books before as Piper will spend a month with each member of the 2019 Casanova Club. Voting will begin in early May and run all year long. That's right. You get to vote on who Piper ends up. More to come on that! Enjoy. I did..