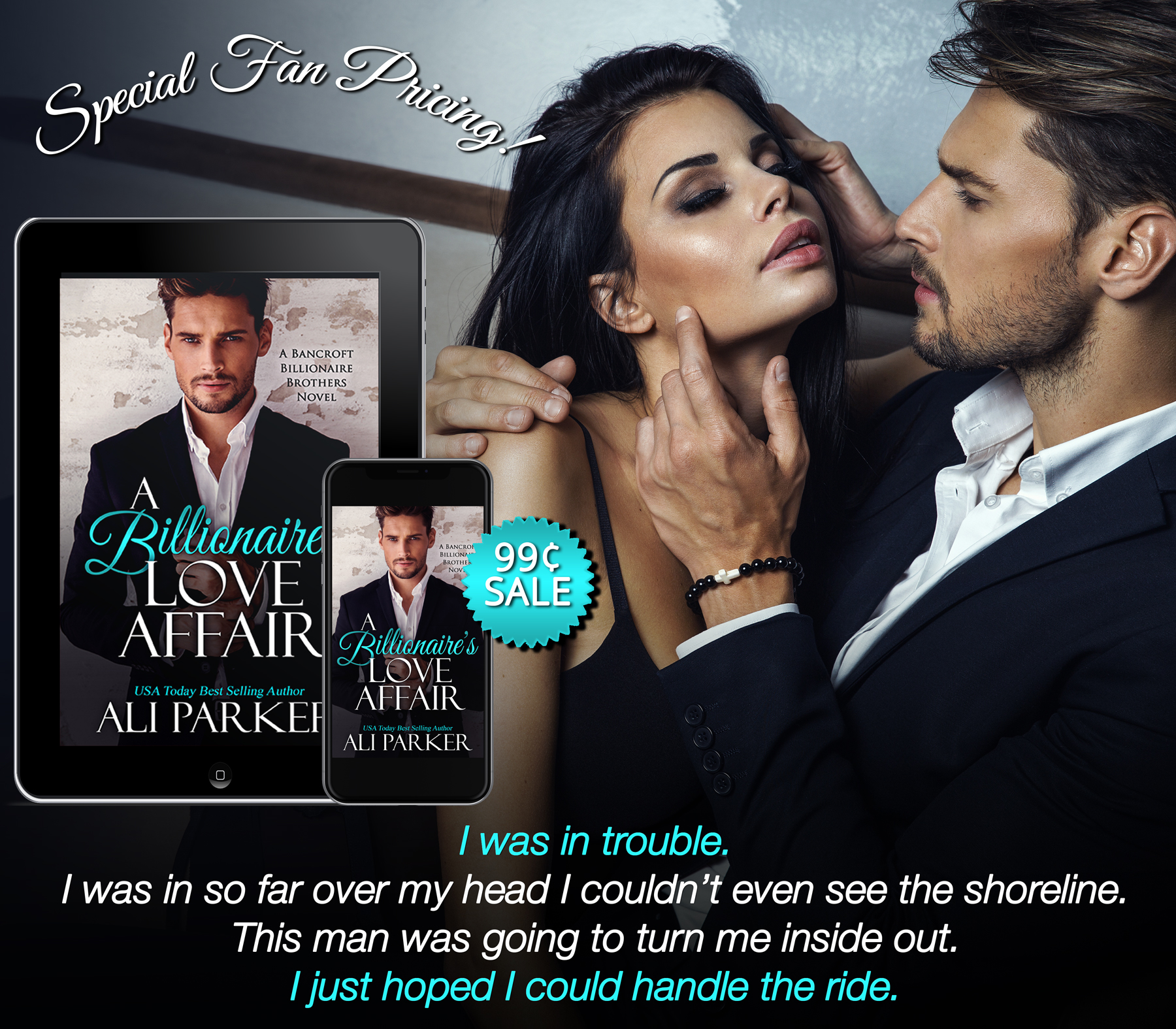 I felt the dampness and knew I was drooling like a toothless baby. I turned my head, keeping my eyes closed, and wiped my mouth with the back of my hand. I didn’t want to open my eyes. I knew the sun was going to greet me and it was going to hurt. But I had to pee.

I cracked one eye opened and then the other, quickly shutting them when the sun hit. It wasn’t even a bright sun, but it was enough for my poor head. My brain felt like a shriveled up, dried out sponge. Cheap beer did it to me every time.

I sat up, opening my eyes and looking around the living room. My roommate Donna was crashed out on the floor. Her head back, mouth open, and dead asleep with a tiny blanket wrapped around her. My other two roommates, Bruno and Evan, were cuddled up together on the opposite couch. They were sharing a single throw.

It was damn cold in the house we all shared. The last thing I wanted to do was start a fire in the woodstove, but we were going to freeze our asses off if one of us didn’t do it. I got up, being careful not to step on Donna, and dropped to my knees in front of the stove. We told ourselves the woodstove was cheap heat. Unfortunately, we still had to buy the wood to heat the damn place.

And then one of us had to start the fire and remember to keep it going. I went through the motions, adding the kindling and gently blowing on the flames before adding a Presto log. I closed the door to the stove, leaving it open a crack in order to keep from suffocating the flames, and got to my feet.

Despite what my eyes told me moments ago, the sun wasn’t really out. It was another chilly January day in Manhattan. It looked like it might snow soon. The cold winters were a bit of an adjustment for my Florida-raised ass. It had been almost ten years since I fled the warm beaches of Miami.

Miami was only a great place to live if you were in one of the nice neighborhoods. I wasn’t from anywhere nice.

The fire began to crackle and pop, telling me it was going well enough for me to close the door all the way. Donna stirred on the floor. “Brr,” she complained. “Maisie, it is freezing in here.”

“I just got the fire going.”

I went into the old, outdated, and ugly kitchen. It was ugly, but it was big and mostly functional. It worked for the four of us. I started some coffee, spacing out as I watched the brown liquid drip into the pot. One day, I was going to buy one of those cool K-cup machines. One day. For now, we were stuck with the coffeepot I’d picked up at the Goodwill.

“We’re fine,” I told her. “Our errands are not going anywhere. It’s a Sunday. We’re allowed to sleep in.”

“Look at this place,” she murmured.

“I don’t want to look. It’s a mess. It looks like there were twenty people here last night.”

She laughed before grabbing her head. “Ouch.”

I reached under the sink and grabbed a trash bag. Evan and Bruno woke up.

“You’re making way too much noise,” Bruno complained. He sat up, dropping a kiss on his boyfriend’s head before getting up. “I need coffee. Is it done?”

We finished a cursory clean up of Keystone Light beer cans and the cartons of Chinese takeout before pouring ourselves coffee. We all sat down in the living room, huddled around the warmth of the fire.

“It was,” Donna agreed. “I don’t remember the last time the four of us were off on a Saturday night.”

“Uh, we’re off, but you two little protesters are always up at the crack of dawn hollering at someone about something.”

“Hey, we are hollering for a cause,” I said.

“For kids living in poverty. Kids that don’t have shoes, pajamas, or food on the table all the time.” It was one of my most passionate causes. “We are going early.”

“Did you make signs yet?” Evan asked.

“Not yet. We have to go to the dollar store today.”

“I think that should be a tax write-off,” Bruno said.

I smirked. “If I made any money, I would need the write-off, but since I’m too poor to need deductions, I’m not going to save my receipts.”

“One day,” Bruno said with his big bright smile. “One day, you are going to find a sugar daddy.”

“The hell I am. I want nothing to do with a rich snob. I am not for sale.”

“I got me a sugar daddy,” Evan cooed. “My baby is going to be CEO of his company one day.”

Bruno rubbed his hand over Evan’s short curly blond hair. “I will be your sugar daddy any day of the week, but I think one of these days one of your kids is going to end up winning a gold medal in the Olympics and you are going to be on the map. You are going to be the trainer every aspiring gymnast wants.”

Evan smiled, his blue eyes lighting up. “I hope one of my kids gets to that level. I need to live vicariously through them since I never got the chance.”

“You could do it now,” Donna offered.

Evan rolled his eyes. “If I tried to do the stuff I teach, I would break a hip. I’m old. I’m washed up. Those who can, do. Those who can’t, teach.”

“One day, I have no doubt in my mind one of your protégés is going to make it big,” I told him.

He shrugged, never one to take all the glory. “I hope for their sake they do.”

Bruno looked over at the trash bag filled with containers and cans. “Damn, we really put it away last night.”

“Speak for yourself,” Donna said. “I could very easily eat again. I can’t wait until we can eat like that all the time.”

“If we eat like that all the time, we are going to have to work out. I hate working out.”

“But imagine being able to order pizza and Chinese and whatever we want and have it delivered to our door.”

I waved a hand at her. “You speak of crazy things. Thank you, Bruno.”

“You are welcome,” he said with a friendly smile. His dark skin, warm brown eyes, and his thick black hair were all part of his heritage. His smile, though, that was a gift from the heavens.

“Hey, you guys all had a long, hard week. It was my pleasure to do something nice. You guys have welcomed me into your little circle, and I feel very lucky to call you friends.”

Bruno laughed. “As if anyone is ever going to forget that.”

“I’m going to shower,” Donna said and got to her feet.

She headed upstairs, the stairs creaking under her feet. They creaked under the weight of a feather. The house was old, and the stingy landlord was a step above a slumlord. There had been very few, if any, repairs or upgrades.

“So, is it just a rally?” Evan asked. “The bail jar is pretty empty. If you girls get arrested, I don’t think we have enough to bail you out.”

“We aren’t doing anything dangerous. No protesting. It’s just a rally to get some attention for our cause. Then we are going door to door to ask for donations or commitments to donate food, money, or clothing.”

“You are so brave,” Bruno said. “If someone looking like me showed up at a stranger’s door asking for food, they would slam it in my face.”

“No, they wouldn’t. All you have to do is smile and they will empty their purses.”

He laughed. “If only it was that easy.”

“I would never have the balls to go and beg for money,” Evan said. “You are braver than I am.”

Evan slapped a hand over his chest. “You inspire me.”

“I’m serious. You really are an inspiration.”

“It’s Donna who’s the inspiration. She is a badass. I’ve yet to be arrested for supporting my cause but that girl, she will gladly handcuff herself to a wrecking ball or lay down in a street to get some attention.”

“Yes, we know, our bail jar shows it,” Bruno said in a dry tone.

“Hey, I heard that,” Donna shouted from upstairs. “People need to see dedication before they will take me seriously.”

“You’ve got that right,” I shouted back up.

“Well, you ladies are both far braver than me,” Bruno said. “People do not like to part ways with their money, especially so soon after the holidays. They maxed their cards out trying to impress their friends and family with elaborate gifts.”

“Thank god you guys are not materialistic.” I laughed. “You would never want to be my friend. I can barely afford ramen for myself.”

“Um, you gave all of us ramen for Christmas,” Evan reminded me.

I grinned, flashing all my pearly whites. “Because it was so me.”

“You must have the highest blood pressure on the planet with as much of that shit you eat,” Bruno said with a shake of his head. “Do you know how high it is in sodium?”

“Rice and beans, baby,” he said with a laugh. “Cheap and so damn good. I think I’m going to go buy two giant bags. It’s cheap and good and now I’m hungry for rice and beans. I’m going to call my mama.”

“Baby, we can make rice and beans,” Evan told him. “I bought that rice cooker.”

Bruno wrinkled his nose. “That is not how you make rice. My mama makes the best rice.”

Evan rolled his eyes. “I never thought I would hook up with a mama’s boy.”

“Through and through,” he said.

“I’m going to shower,” I said. “Hopefully, the hot water heater will be kind to me.”

Donna was just coming out of the bathroom with a towel around her head. “I left you with some hot water,” she said. “But the old girl is being finicky this morning.”

“You got the hot-cold thing?”

“I’ll be ready in twenty minutes,” I told her as I walked into my room.

“You are so low maintenance. It will take me at least thirty minutes.”

I winked at her. “This face doesn’t need makeup.”

“Bitch,” she said with a laugh. “Poor you to be so damn pretty you don’t need makeup.”

“At least my parents gave me good looks, because they gave me very little height and certainly nothing else.”

“When you’re five-three, everyone over five-six is an Amazon.”

She was still laughing when she closed her bedroom door. I grabbed my clothes and headed across the hall to the bathroom. We all shared a bathroom. The rooms were tiny and there was a half-bath downstairs, but we rarely used it. The house was old, but it was affordable, with us splitting the rent four ways. It worked for us and I had become very fond of the house. Not the house, but the three best friends that occupied it with me. We all had family issues. The four of us had created our own family.