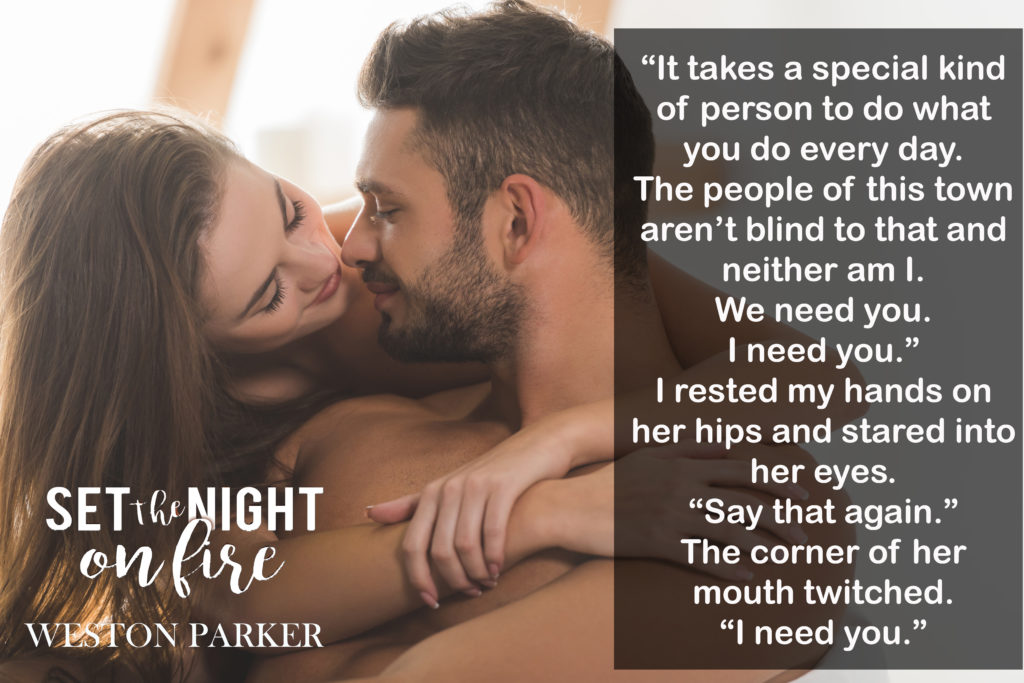 I licked my lips and watched the houses pass by as we drove down my street. It seemed like we were parking in front of my building all too quickly. Derek got out of his side and walked around the hood of the car to open my door for me. I was completely out of my element here. I wasn’t used to a man who had manners.

A man who believed in chivalry was staggering new territory.

I took his hand, and he guided me out of the car. He closed the door and told me he’d walk me to my place. I thanked him—or tried to. It came out as more of a nervous murmur.

Derek opened the front door to the house and let me in ahead of him. His footfalls echoed on the stairs behind me as I walked up to my door. I stopped in front of it and pressed my back against it. My hair got caught up in the floral wreath I had hanging on it, and I had to untangle myself.

Derek laughed at me and lifted his hands to start freeing my hair from the petals and branches. “Here, hold still. I’ve got you.”

His face was inches from mine. I could count every one of his lashes if I wanted to. I took a slow deep breath, drawing his scent into my lungs.

I pressed my knees together again when my hair came free, and he lowered his hand to my shoulder. “There you go.”

“Thank you,” I whispered.

“Thanks for dinner. This is probably the last time we should see each other outside of work.”

I stared up at him. At the line of his jaw and the dark shadow it cast along his throat. At his mouth.

Before I knew what I was doing, I was kissing him. I had my arms wrapped around his shoulders, and I was holding myself against his body as his lips parted and he yielded to my tongue.

I moaned softly into his mouth.

And then his arms were wrapped around my waist, and he practically lifted me off my feet as he pushed me against my front door. The wreath fell off its hook and landed at our fee